You are here: Home / Games / Tabletop & RPGs / Alien vs Predator The Miniatures Game is winning the Kickstarter battle

When I first heard there was an Alien vs Predator board game on Kickstarter my very first thought was; “How did they get permission?” I asked about the pitch video and was answered with a shrug and a comment about there not really being a pitch video of note.

I had to check it out.

There are 16 days, as I write this blog post, on the campaign clock for Alien vs Predator and Prodos Games have raised a whopping £150,750 of the £35,000 they wanted. That’s a large goal, in Pounds rather than Dollars (which always puts people off) beaten by x5 with half the time still on the clock. What?

I’m more of a roleplayer than a miniature gamer, hadn’t even heard of Warwickshire based Prodos Games and can’t find a website for them. Despite all that, credit where credit is due, they’ve managed this Kickstarter well. The highest pledge level is for £375, limited to 30 and 22 of them have already gone. They have some history, though, having earned £161,000+ for Mutant Chronicles Warzone Resurrection which funded with some 960+ backers at 460% of the asking price.

Are you tempted to back? 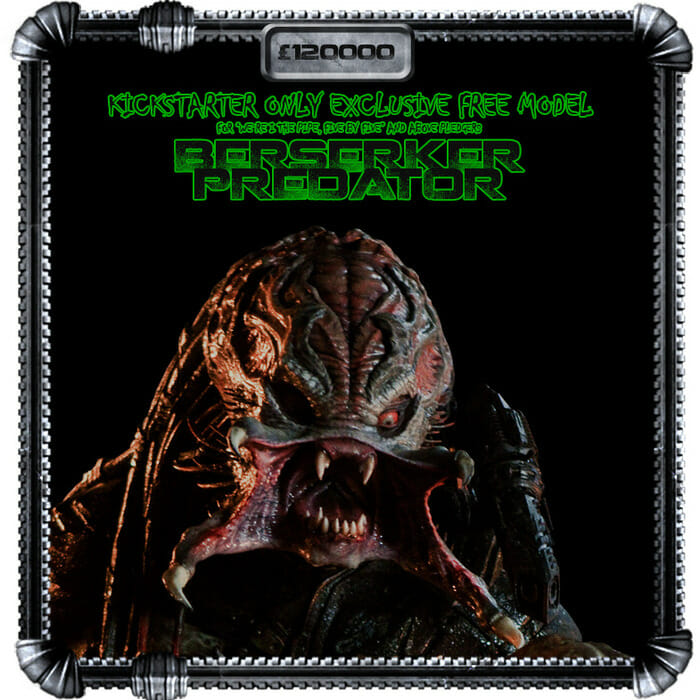 Alien vs Predator The Miniatures Game is winning the Kickstarter battle

TV Doctor Who: BBC releases “An Adventure in Sp…

Geek Stuff Striking Nel cosplay
💰 Copper Coins 💰 Geek Native is an affiliate and may earn commission on purchases you make from third-party sites.
🍪 Privacy & Cookies 🍪 The site uses cookies to survive. By accessing the site, you agree to use your browser to control cookie use or take 1d4-3 privacy damage (tracking). If you defeat cookies via ad blocking, please consider the Patreon. An intro to cookies, and how to control them, can be found here. I Manage Cookies