You are here: Home / Games / Tabletop & RPGs / Gaming with my Father: A story of how something that didn’t happen changed my life 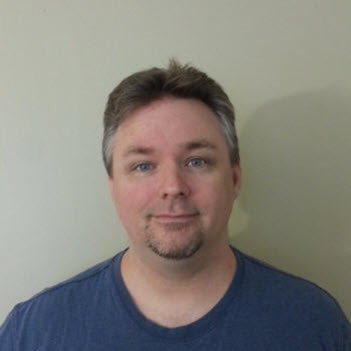 It is Teach your Kids to Game Week at DriveThruRPG and James Dawsey has kindly contributed to the cause by writing up his own experience. James runs Vigilance Press and is in the final week of a successful Kickstarter for the Wuxia RPG Tianxia: Blood, Silk & Jade.

I was asked by my friend Andrew Girdwood to write a blog post for OneBookShelf’s “Teach Your Kids to Game Week.” Now, I don’t have kids of my own yet, but I do remember being a kid. I remember the days that never seemed to end and the stories of struggle as I grew up in a family that didn’t understand fantasy or gaming because, well, they were just too practical for most of that stuff.

In the mid-1970’s, my family lived in South Florida. I don’t remember what season it was (we only had two seasons back then, wet and dry), but I do remember it was a bright, sunny day. My father brought home a boxed set of the original Dungeons and Dragons role-playing game.

Now, my father was always a very practical man. He was a doctor, a martial arts enthusiast, and a sportsman. I think even then he had realized that I was more interested in books and fantasy literature than I was in sports teams or hunting. He was looking for something to connect with me over, a hobby we could share.

I want to say I was 8 years old at the time. I can’t say for sure, I didn’t obsessively mark things down on the calendar back then, but I do remember our family was struggling with my learning disabilities. I was diagnosed with Attention Deficit Disorder back when they were still calling it “Minor Brain Dysfunction.” I had the most trouble in math. Despite my fascination with science I couldn’t keep numbers straight.

Spelling and reading had also been troublesome until I discovered The Hobbit and The Lord of the Rings. I first encountered The Hobbit as an animated movie on TV, and then made my father read the books aloud to me. After the second read-through of the Rings trilogy, he simply left the books by my bed and suggested I read them for myself. I did. Many times.

Before this, I remember having trouble understanding why the word “sweater” wasn’t the same as the word “sweeter.” Reading children’s books had been an endless, frustrating struggle. But when I found something that engaged my imagination, the work part seemed to vanish and suddenly I could read. Or I wanted to badly enough that I learned. I certainly don’t remember it being difficult after that.

“Dad quickly realized there was something there, I think, though he never explicitly told me he had a plan. Maybe he had heard there was math in Dungeons & Dragons, maybe not. He just brought home that box of D&D one day.”

Dad quickly realized there was something there, I think, though he never explicitly told me he had a plan. Maybe he had heard there was math in Dungeons & Dragons, maybe not. He just brought home that box of D&D one day. He told me about it, and showed me the pictures on the box, and I was overcome with excitement.

I couldn’t wait to play! What kind of game was this? It looked completely unlike any of the other games in the house. It was a set of books, some dice, a crayon, and some loose pieces of paper. Where were the pieces? The board? The Monopoly money?

My father was what you might call a “natural leader,” so of course he needed to read the rules and figure out how this game worked before teaching it to me. So he opened the box, and began reading. And just sat there, reading. For hours, it seemed. Perhaps not so long, children have a very subjective sense of time. I got bored and wandered off.

My father had learned by now to be careful which books to leave around the house. After plowing through The Lord of the Rings on my own, I discovered a hunger for stories that hadn’t existed before. I started picking up the paperbacks my parents would leave lying around, and reading them. Without asking permission. When I picked up Shogun, by James Clavell, my father assumed I would get bored or confused by it, because it wasn’t a fantasy book.

I devoured Shogun in less than three days. My father didn’t believe me, until he quizzed me on Japanese phrases from the book, and plot points. After that, he started being more selective about which books he left lying around. Some of his more ribald adventure books stopped appearing in the family areas of the house. 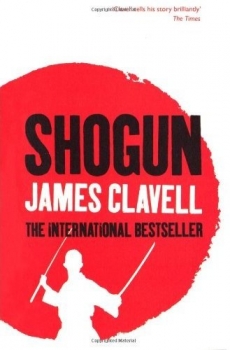 Back to D&D: So my father sat there, trying to wrap his brain around a game that didn’t seem to follow any of the rules that he was used to. It didn’t map to anything that was familiar for him. So, eventually, he simply set the books down and wandered off.

I picked them up.

I retreated to my room and sat on the floor, flipping through the pages. I was fascinated by the concept. I could be an Elf! Or a Wizard! Or a Fighter! I was particularly entranced by the picture for the Wizard Eye spell, as I recall. This was a game about challenges and characters who had really unusual ways of meeting those challenges.

I didn’t have anyone to play with, but I immediately began writing up character sheets and imagining stories for these characters. Characters I had created. Then, upon going back to school, I took the game with me everywhere. I found a friend (who is still a friend) to share our love of this game with, and we started playing. I harassed my parents to take me to gaming stores, once I discovered they existed.

There, my love of D&D led me to discover other games like Villains and Vigilantes, Champions, and so on. I made friends through my hobby, and somewhere along the line I made peace with math and learned how to be more sociable. Eventually, I learned how to be a leader though the process of being a Dungeon Master. That one single box of D&D changed my life, but I never really played a game with my father.

I tried, once, but it didn’t work out.

I wasn’t old enough to explain things properly, and my father wasn’t particularly interested in making it work. He had long ago abandoned the notion of trying to understand my weird little hobby. It was something I did with my friends all the time, but without a proper foundation for how to teach cooperative storytelling (a phrase that wasn’t even part of my lexicon at the time), I couldn’t really teach it in a way he understood. It wasn’t until much later in life that I was able to explain to him how the process of “let’s pretend with rules” was supposed to work.

He had given me the inspiration, without understanding it himself. He had unwittingly set me on the path that would dominate my life. But he never really shared it with me.

Role-playing games changed who I was as a person, for the better. I learned social skills, math, and refined my reading comprehension. I was motivated because I wanted something out of the game, and was given the license to discover it at my own pace.

If I ever raise kids of my own, I hope they become gamers. I will show them my love of the game, and I will let them decide if they like it. I won’t force it on them. I won’t make it a chore. Games are fun when they are a discovery.

But I will learn how to play with them.

I will let them teach me.

Back James and Tianxia at Kickstarter.

Gaming with my Father: A story of how something that didn’t happen changed my life 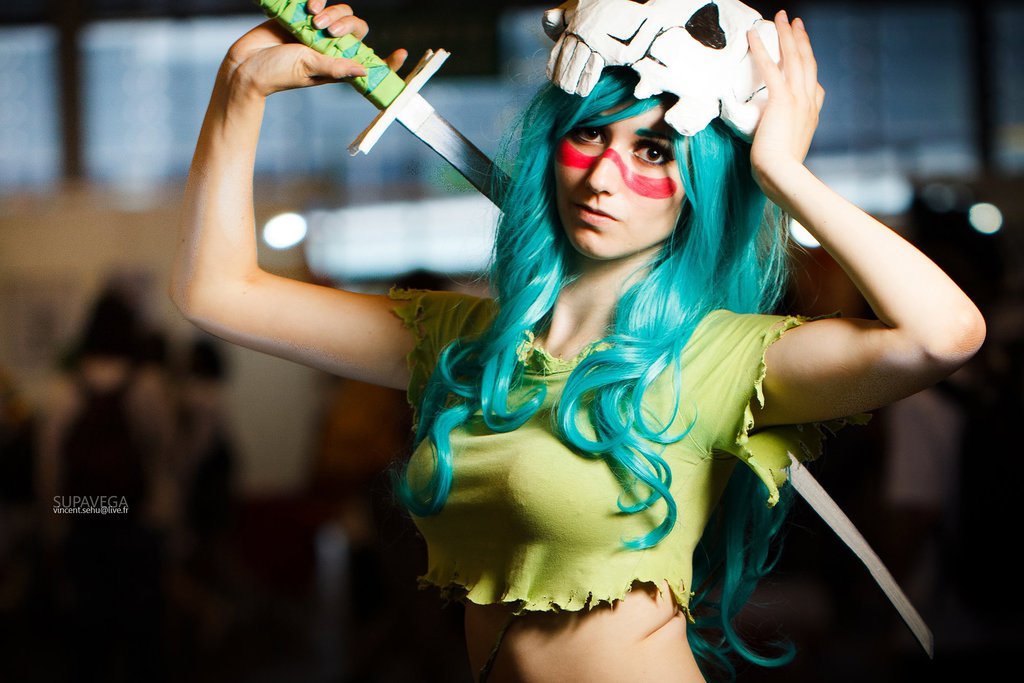 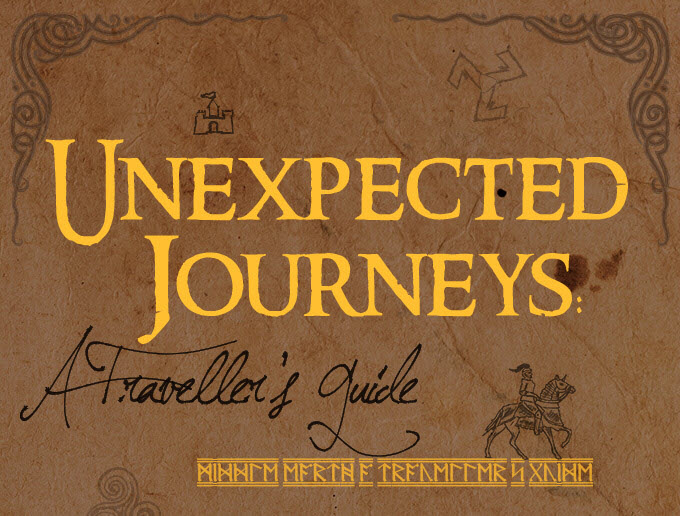 Books Unexpected Journeys: A Traveller’s Guide to …
💰 Copper Coins 💰 Geek Native is an affiliate and may earn commission on purchases you make from third-party sites.
🍪 Privacy & Cookies 🍪 The site uses cookies to survive. By accessing the site, you agree to use your browser to control cookie use or take 1d4-3 privacy damage (tracking). If you defeat cookies via ad blocking, please consider the Patreon. An intro to cookies, and how to control them, can be found here. I Manage Cookies