You are here: Home / TV / Anime / Stick with it: A review of Horizon in the Middle of Nowhere 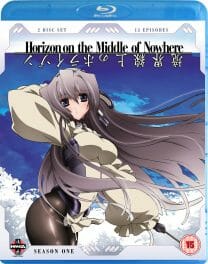 I found Horizon in the Middle of Nowhere incredibly confusing and almost frustrating to begin with. It looked like an incredibly cosmopolitan collection of students in training and apparently running the city. By “cosmopolitan” I mean we had mechs, witches, naked but not anatomically complete incubus, sports stars with eyes in their hats, buxom school girls, towering muscle bound hunks with buckets over their heads and street brawlers.

I was actually worried about the appropriateness of an Indian character, with thick lips, whom seemed to do nothing other than twirl around and offer curry. Racial stereotyping? As it turns out, watching more Horizon, helped relieve me of some of those concerns. I don’t Horizon in the Middle of Nowhere does racial stereotyping I think it just wants to demonstrate racial inclusion.

A few episodes in and I was enjoying the show.

The reason why the academy seems to feature every type of archetypal student possible is that Horizon in the Middle of Nowhere is set in the far future. Mankind tried, but failed, to get into space and returned to Earth only to discover only one country could support life now. That country is Japan.

As a result Japan is, effectively, conquered and dimensional technology and travelling spaceships/colonies that float around over the land. This is necessary because there wouldn’t be enough room or resources for everyone otherwise. It’s important for the show that our group of hero students aren’t Japanese extremists trying to through the international powers out of the area (hence the cosmopolitan collection).

The tyranny of the rulers comes into stark contrast when one of the group becomes the scapegoat for a disaster. Actually, it’s more complex than that and here again we can either struggle with Horizon in the Middle of Nowhere being very odd or just go with it.

One more wiggle; the ruling powers are recreating history. They’re fighting the battles that were once fought in Japan and so forth.

So why did Horizon in the Middle of Nowhere win me over? I hope it wasn’t exclusively to do with the full breasted warriors or female engineers in figure hugging pilot suits. 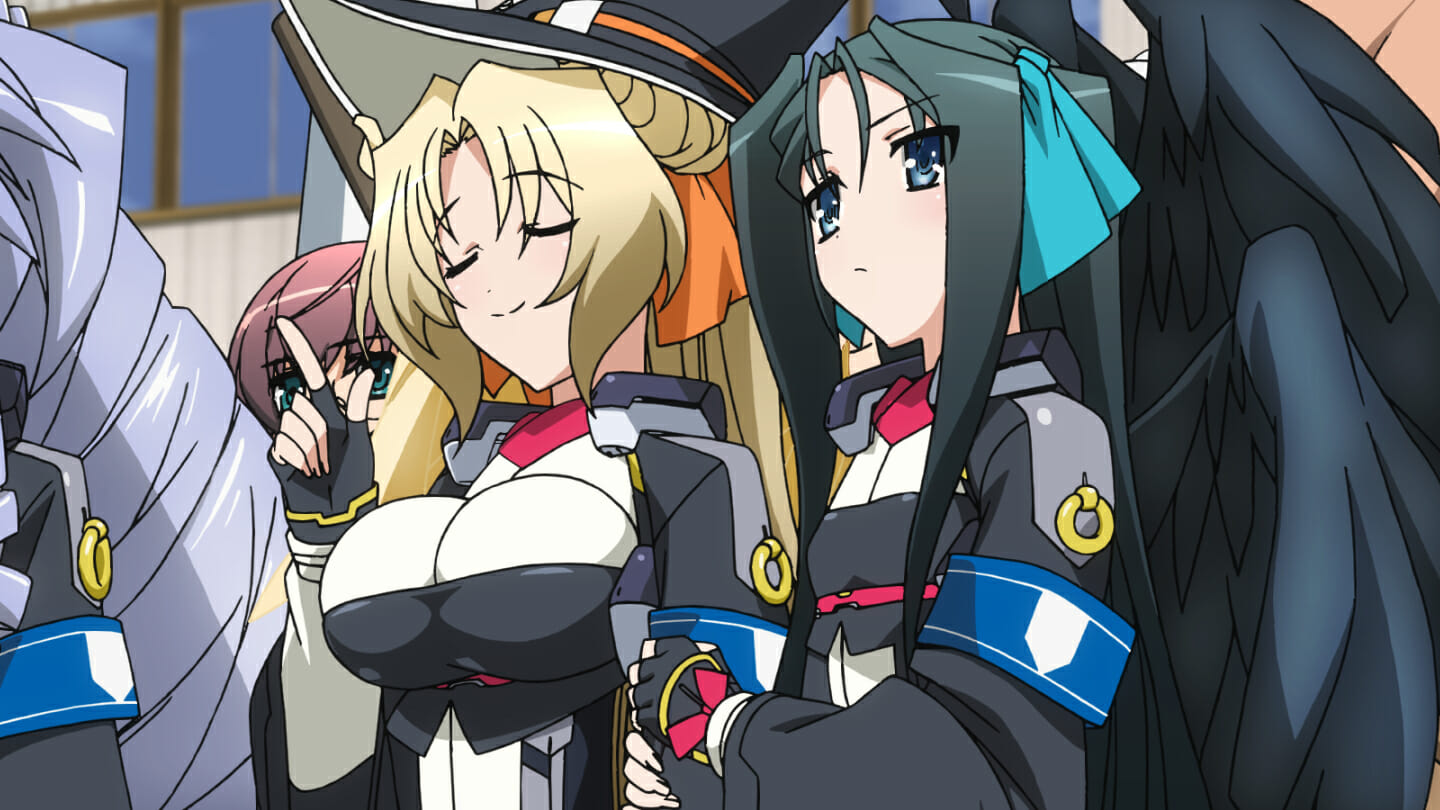 In short, Horizon is just fun. The whole “work out what’s going on” issue is a trap. Once I stopped worrying about it and just accepted the fact that students were making the decisions for a floating space colony hovering over a Japan it was all good.

There’s plenty of action and since the cast is such a mix this is pretty cool action. A favourite scene had two witches on broomsticks take on a super mech.

I’m a particular fan of how magic works in Horizon. It may or may not be magic – it rather blends technology in with what might be religion. Mages do deals with entities which we see represented as little avatars and in exchange for a price or sacrifice certain powers are bestowed.

This means magic is nicely visual, big spells are plot devices and there’s this overlapping continuity that pulls all the diverse characters together. In fact, this union of tech and magic is the solution to the confusing “why are they doing that?” that haunts Horizon in the Middle of Nowhere. Why are emotions powering armour? Why are the international powers recreating Japan history? At the end of season 1 I’m not sure but I can imagine it has something to do with the costs and rewards of this technomagic.

Will I watch season two? I will. In fact, series two came out in the UK just last month via Manga Entertainment. 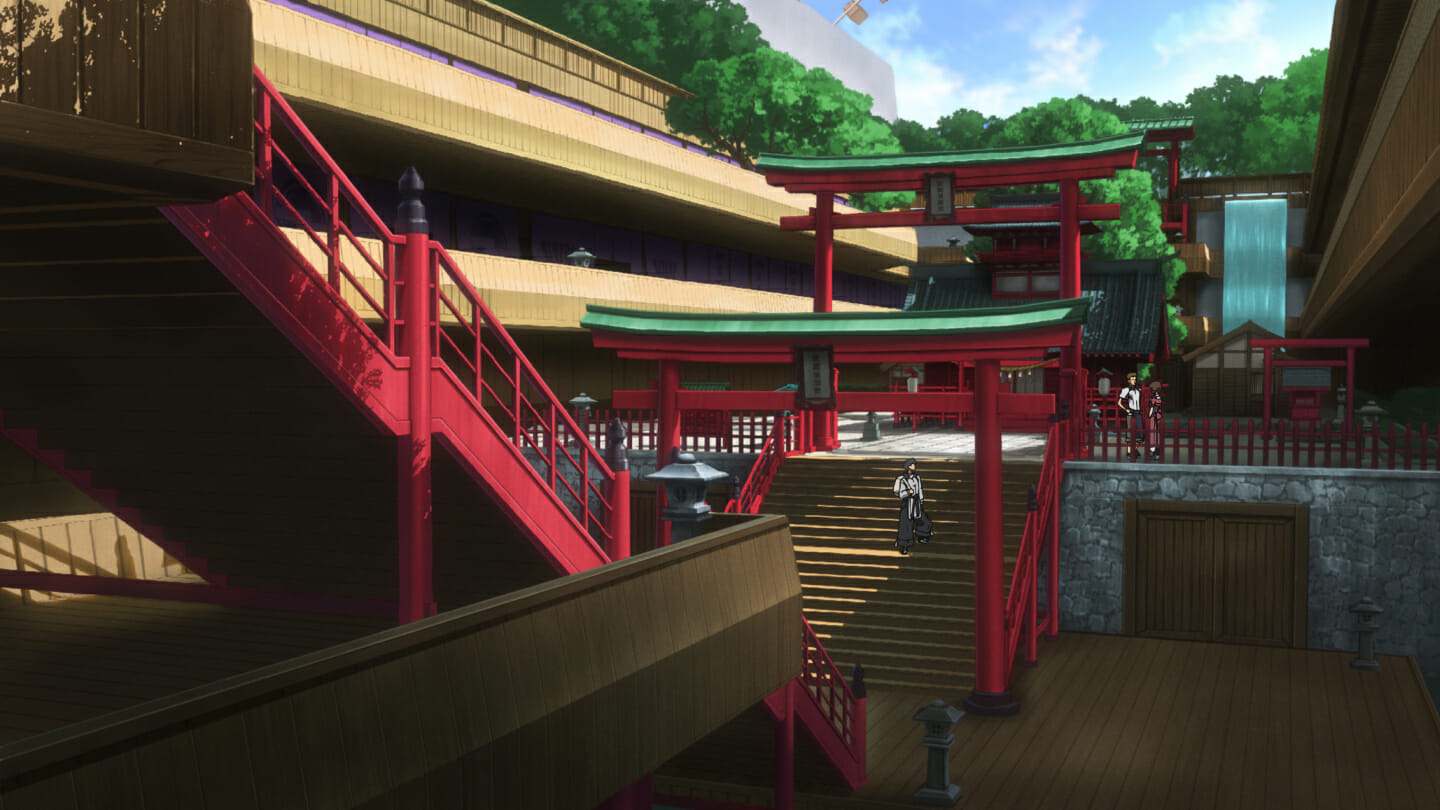 Stick with it: A review of Horizon in the Middle of Nowhere 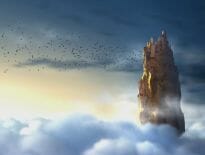 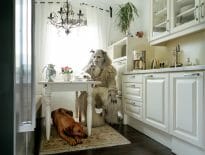