You are here: Home / Games / PC / The Graywalkers of Purgatory

Fresh into the Kickstarter melee is this pitch from Dreamlords Digital. They’re looking for $100,000 for an RPG that looks good enough to cost four or five times as much. The questions are; have they undersold, over-promised and will this fund?

The $20 pledge level gets a digital copy of the game. Herein is the challenge of computer RPGs. You need to sell lots of copies to make a profit.

Graywalkers: Purgatory does sound interesting, though. In particular, get to the 6-minute mark and listen to CTO, Ferdinand Fernandez, talk about Emergent Features. He talks about a map like Civilization on which something is happening and NPC villages which act differently, getting hungry, if you go in and buy or steal all the food.

Combine that with a pretty nifty background plot for a turn-based RPG with the fall of man after a three-way war between humanity, the demons and angels and you’ve got a good degree of interest. Sure; it’s not Planescape but there’s loads of scope for shades of grey in the plot. In fact, that may be where they get the name from.

Despite the downfall of man, Graywalkers: Purgatory doesn’t seem too bleak. Yes, it is full of monsters but look at the character art. There are elements of Tank Girl style chic in here. A sniper with bunny ears and a nun.

Click on a gallery image for a larger picture. 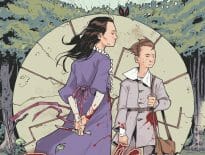