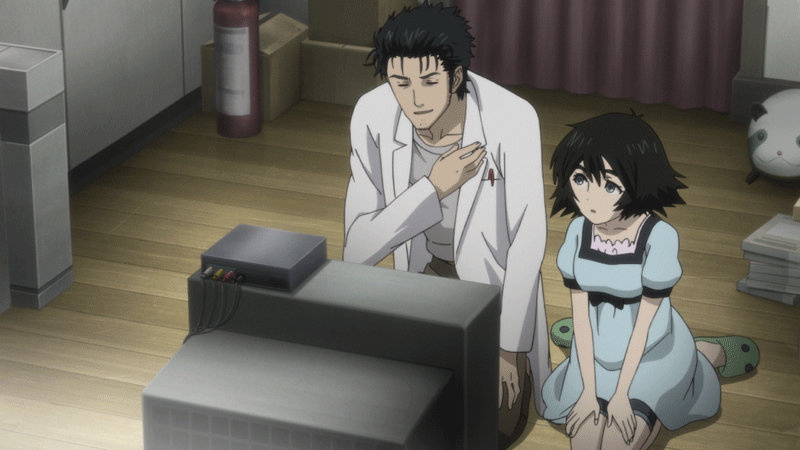 Steins;Gate began life as a visual novel in Japan. It’s one of those games where the ‘player’ gets to read through like a book, with pictures of the characters, and occasionally has a choice to make that effects what happens next.

It’s useful to know that those “make a choice now” moments are represented in the visual novel with a smartphone icon.

After the visual novel came an anime series. The anime is available outside Japan with companies like Manga UK helping to make the collection available at Amazon and other retailers.

Has it happens you don’t need to know anything of the game/visual novel or the anime to enjoy the movie. You just need an open mind. You know to know there’s a quirky but friendly scientist called Rintarou Okabe who has crossed different dimensions/time lines to find a version of reality in which all his friends are okay. This version of reality is sometimes called the “Steins;Gate World Line”.

You also need to know that Okabe is very determined to ensure that no one builds a time machine in this world. 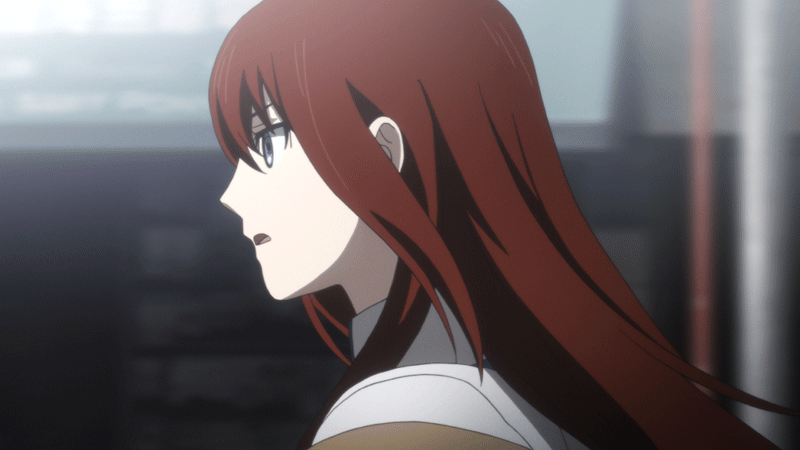 Set about a year after the anime things look rosy for Okabe with the only real concerns around his relationship status with Kurisu Makise. Things change when Okabe starts to get flashbacks to his past lives in other times that he struggles to tell reality from memory. The English title is “Steins;Gate: The Burden of Déjà vu”.

It gets worse for Okabe when it looks like the time line is rejecting him completely. The question is; can anyone help? Do they want to?

The Steins;Gate movie is a low-key mashup of sci-fi and romance (and with a touch of comedy thrown in). It’s about friendship and making connections with people.

The movie works as a standalone. It’s doubtful that any geek who likes anime won’t be able to accept that the scientist who says he’s a time traveller is telling the truth. It also works as a wrapper to the anime series. It doesn’t extend the mythology of Steins; Gate but acts as extended ending.

The characters are important in this movie. A lot of it is told through Kurisu Makise’s point of view. It helps if you like Kurisu! Equally, if you’re not generally able to relate to characters through light touch storytelling then you may struggle to connect to some of the cast here. That’ll be a problem as this is a movie that’s all about the characters, their emotions and how they react. The time travelling and world hopping aspects are a distant second.

You could use this movie to work out whether you should pick up the Steins;Gate series. It’s certainly possible. I think it’s risky though, I suspect that without just a little knowledge you’re not as likely to enjoy the movie. Instead, I think this is one for Steins;Gate fans and especially for fans who just want more time with the characters. 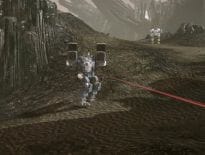 Music What Does the Mech Say? 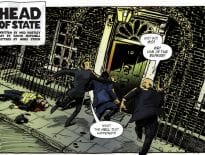 Comics Head of State: A peak inside Dead Roots for zombie…
wpDiscuzComment Author Info
Manage Cookie Consent
This site uses cookies 🍪, and links are ads that may earn bloggers some money 💰, and with this alert, I very much hope that these dark truths 🧌 are acknowledged.
Manage options Manage services Manage vendors Read more about these purposes
Preferences
{title} {title} {title}
Loading Comments...