Confession; I’ve never played the Myst computer game. I’ve never played it despite many friends being incredibly positive about it. Perhaps this Kickstarter will be a solution? InkWork Productions now have nearly $20,000 in the bank (asking for only $5,000) to fund a RPG called Unwritten: Adventures in the Ages of Myst and Beyond. It’ll use Fate Core.

Interestingly, a significant update to the project has moved “International backers” to free shipping. Have InkWorks partnered with someone with handy warehouses in Europe and elsewhere? Who?

The Unwritten rules will be a 6×9, with a colour cover and B&W cover. Once made it’ll be a “Pay-What-You-Want” deal via DriveThru RPG. This means there wasn’t plans to do a shiny, large, book packed with art. I wonder if plans are changing now that the campaign is going so well? Or will shipping and stretch goals gobble up the cash? Is this why international shipping is now free?

The unlocked stretch goals include short stores, sourcebooks, notebooks and tokens (also free to ship out of the States). 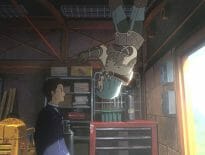 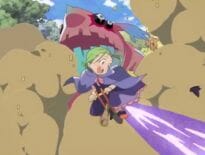 Anime Little Witches Yoyo & Nene review
💰 Copper Coins 💰 Geek Native is an affiliate and may earn commission on purchases you make from third-party sites.
🍪 Privacy & Cookies 🍪 The site uses cookies to survive. By accessing the site, you agree to use your browser to control cookie use or take 1d4-3 privacy damage (tracking). If you defeat cookies via ad blocking, please consider the Patreon. An intro to cookies, and how to control them, can be found here. I Manage Cookies