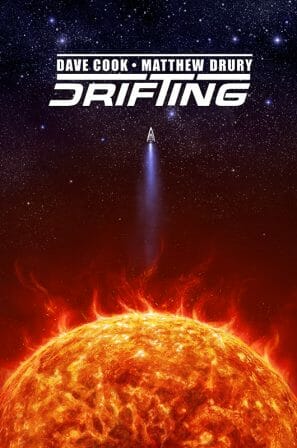 Drifting is a sci-fi from the novelist Matthew Drury and journalist and comic strip creator Dave Cook. Ryan Valle, the Star Wars card game artist who works with Fantasy Flight Games, is involved in the project too.

Drifting has an incredibly unusual start. If you’re not intrigued by the opening chapter then put the book down and walk away. The drifting sleeper awakes after 10 trillion years of slumber. The android opens her eyes before the birth of the Universe.

Our hero is an Android called Luna. She has escaped the end of the Universe by being cast out into space, left to drift and sleep until the Universe started again. In Drifting the Universe is cyclical; it starts, ends and starts again.

This isn’t a huge book. My Nexus 7’s Kindle app uses about 185 pages to display it. We don’t follow Luna from the big bang up until a new future but we are with her at the start. When the force – the Fury – that destroyed her Universe rises again it starts to feel that there is every chance that we’ll be with her at the end.

Fancy a Star Trek clone, an action movie script set in space with androids or a monster manual of aliens? I suspect Drifting will miss the spot for you. There are certainly androids, spaceships, plenty of action and there’s the alien menace of the Fury but there’s pacing to Drifting that will put you off.

The unchallenged star in Drifting is the eons old Android Luna. Incredibly, Cook and Drury manage to make the character believable and someone the reader can emphasize with. It is the strength of the characters in the sci-fi novel rather than the inventive plot that is ultimately responsible for the story’s success. My interest waxed and waned pretty much as my favourite characters entered or left the narrative focus.

Ultimately I found Drifting to be an easy and enjoyable read. It was my go-to story for those night times when the TV was off and sleepiness yet to sink it. Drifting was complex enough to keep me interested and yet structured clearly enough that I could pick up and put down the tablet over the course of a few late nights without getting muddled. What do androids dream of? Not sure. The chances are that I was thinking about Drifting just as I started to drift off.

My copy of Drifting was provided for review. The book will be available on Kindle, iTunes, Barnes & Noble, Amazon and Waterstones. It has a website at Driftingnovel.com. 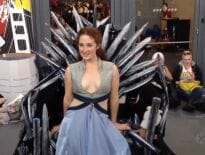 Geek Stuff Can you spot the cosplay? Or are you distracted? 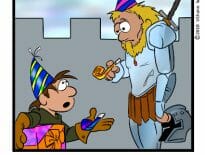