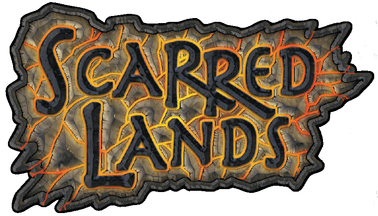 I rather enjoyed Sword and Sorcery Studio’s d20 setting “Scarred Lands“. It was a grim (ish) world in which gods and titans battled for control and envolved the mortal races they had made. Humans, elves, dwarves and the other “Divine Races” fought against the spawn of the titans. The setting picked up 150 years after the defeat of the titans but when the land was still wild and dangerous. The main land, Ghelspad, was still largely unexplored.

Onyx Path has come to the fore with a series of Kickstarters to relaunch a host of old White Wolf titles. The company was founded by Richard Thomas, himself a White Wolf Creative Director. Nocturnal Media, bases in Houston, specialise in games across a number of platforms; including books, boards, interactive media and even AR. Nocturnal was founded by Stewart Wieck the game designer who helped found White Wolf in 1986.

As it happens Sword and Sorcery Studio was an imprint of White Wolf that was created to publish d20 and OGL titles. It’s perhaps not that much of a surprise that both Onyx Path and Nocturnal Media are interested. The two companies have jointly purchased the rights to the Scarred Lands fantasy setting.

“Scarred Lands was one of my favorite settings to world-build during my days at White Wolf, along with Scion and Trinity, and I’m just thrilled that Onyx Path, teamed up with my good friend Stewart Wieck’s company Nocturnal Media, has a chance to revisit and revitalize this epic fantasy world that’s been warped and twisted by the wars of gods and titans.”

“Rich and I are very excited to once again control the destiny of the Scarred Lands,”

“This fantasy world was the combined effort of many talented developers at White Wolf a decade ago. Rich and I were very hands-on with the world from the beginning, and feel like there is a lot more that both we and the setting can offer.”