In this article MMO gamer L. Meridian takes a look at the first series of the anime Sword Art Online. The anime is based on Reki Kawahara’s light novel and published by ASCII Media Works. The series is currently available to stream at Crunchyroll and at Scotland Comic Con it was announced that Manga UK would also license the anime and discs can already be pre-orderd at Amazon.co.uk. If you’re an invested MMO gamer like myself, you might spend anywhere from two to five hours (or more) a day online collecting gold, points, experience, challenging new raids and bosses, different dungeon modes, tracking rare spawns, and exploring vast and elaborate virtual worlds. Sword Art Online is a refreshing take on the implications of hyper realistic virtual reality gaming that explores these traditional MMO themes while tackling some pretty interesting social dilemmas.

SAO is based on the premise of startling new technology in the year 2022 that allows the players to enter the Virtual Reality Massive Multiplayer Online Role Playing Game via a Nerve Gear Helmet with which the wearer experiences the virtual world with all five senses, allowing gamers to feel the weight of their swords, smell the air, and taste the exotic foods. The world of Aincrad consists of a floating city in the clouds with 100 floors of 100 levels and 100 raid bosses. The game is predicated on a level based system common to most RPG’s and each raid boss and floor of the game is reached only when the previous is completed.

The premise is enduring in part because it avoids asserting itself with one or another specific mode of MMORPG, using enough MMO terms for viewers like myself to recognize, but not so much to deter a laymen or non-gamer.

The story opens with our main character Kirito entering Aincrad the day it goes live with the rest of the community, though its quickly discovered he’s a Beta tester and is already intimately familiar with the workings of the game. His first act is in helping a new player named Klein learn the ropes of combat by practicing sword skills on boars outside of the main city (if you ever watched the World of Warcraft spoof episode by South Park you might have found this titillating as I did). 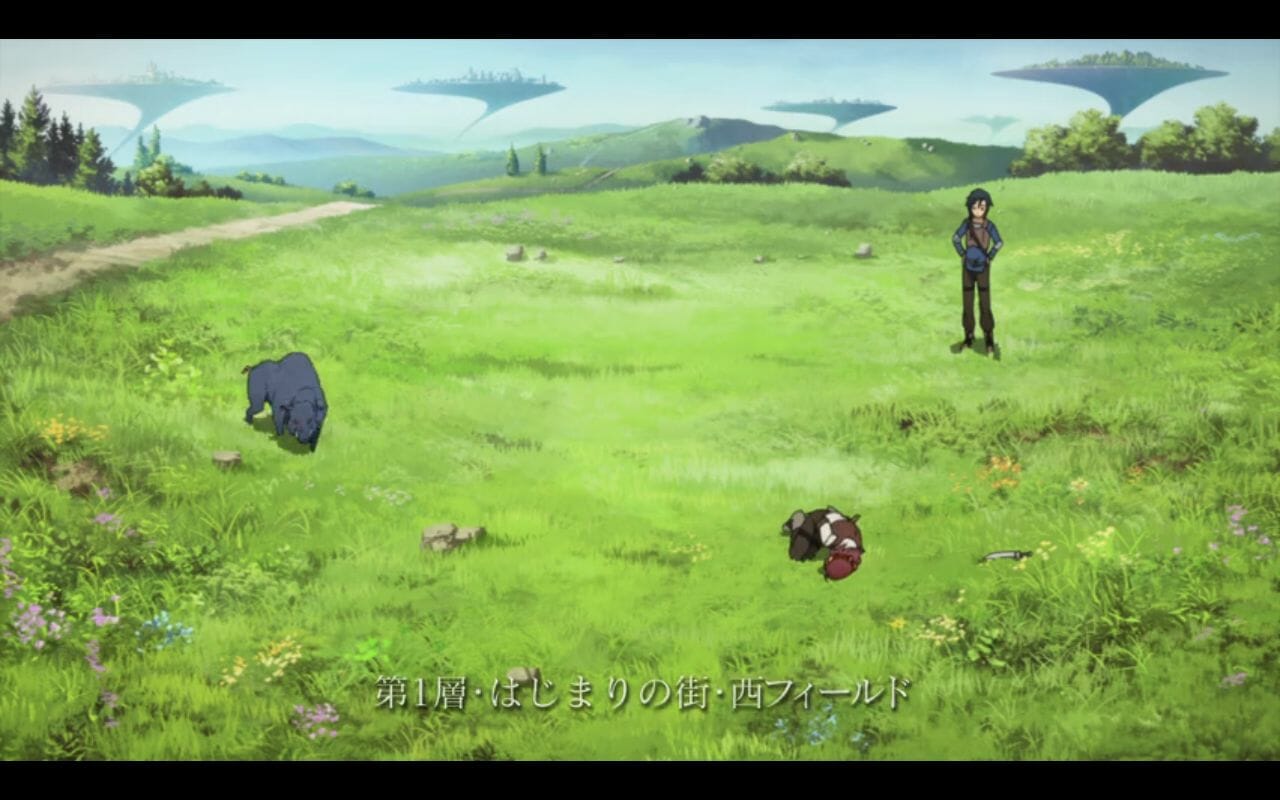 When hunger pains call for a break, the two realize they are missing their logout options from the game menu interface. After a sudden mass teleportation of all the players back to the main city, an ominous audience with the game creator Kayaba Akihiko reveals that everyone currently in the game is trapped and unable to logout indefinitely; Unless, that is, they beat the entire game – all 100 floors and every raid boss therein.

In a sickening twist they are also informed that any death in the game or removal of the Nerve Gear Helmet from outside kills the player for real as the Helmet sends a microwave signal through the brain, ending the users life.

Through an unfortunate chain of events, Kirito comes to find he is feared and hated by most other players for being a Beta tester and possessing superior skill in the game. He decides to remain a solo player and succeeds magnificently at power leveling to twice the average level of other players.

Kirito is a compassionate and brave young guy with a lot of heart, but it’s his determination to beat the game and free everyone from their virtual prison that I enjoy so much about him. His relationships within Aincrad are compelling because of his protective instincts, and his love interest Asuna is a respected authority within the game, powerful in her own right, and courageous to boot. 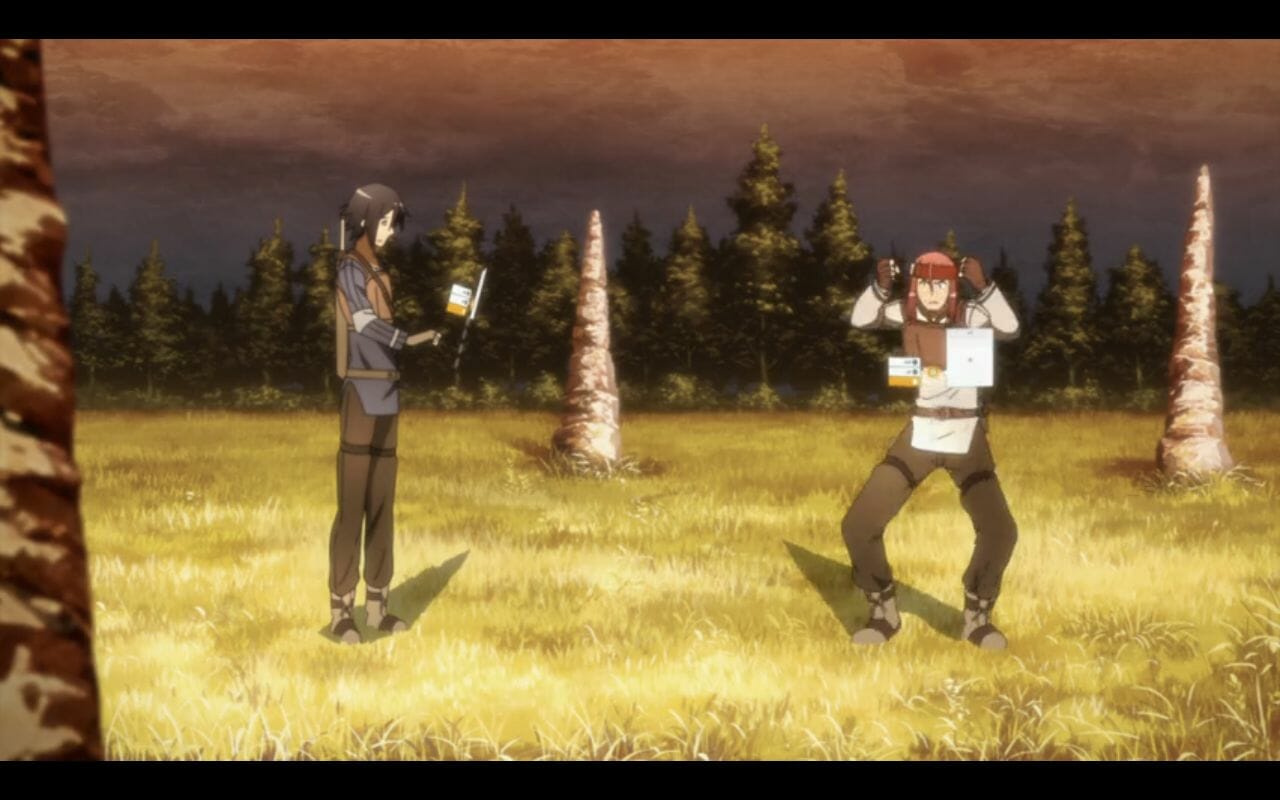 Aside from some nagging questions like ‘how do they stay alive if virtual food can’t nourish them’ (which is finally addressed near the end of season one) the show is a very satisfying watch. I found with the more references to MMO’s, the happier I became with the plot. Things like the problems with loot distribution, finding a guild, getting along with other players in the face of adversity, leveling crafting skills, finding rare monsters etc. all compounded by the very real threat of impending doom presents an exciting and thoughtful approach to MMO gaming.

I was, perhaps, a little put off with the love story direction it inevitably takes. I will begrudgingly admit that, if you were actually trapped in a virtual medieval themed MMORPG for several years, eventually you would want for some sense of normalcy and peace. Romance in an MMORPG is far from strange. But there is a part of me that wished for more boss kills, more raid scenes, and more substance about Aincrad as a living breathing fantasy world. Though in truth there is no shortage of that. Overall, I thoroughly enjoyed the social dynamic brought on by regular people propelled to greatness against impossible odds in something as innocuous as a video game.

The love that blooms between Kirito and Asuna is a natural part of that dynamic, and the ferocity of their love for one another is as palpable as the bravery, skill and courage displayed by the key characters battling their way through the game.

In the end, the gamer in me is satisfied with the allusions to my hobbies – handled with realism and maturity, and the viewer in me is content with the myriad mini plots and overarching struggles of heroism and survival in a treacherous virtual world where there are no extra lives. 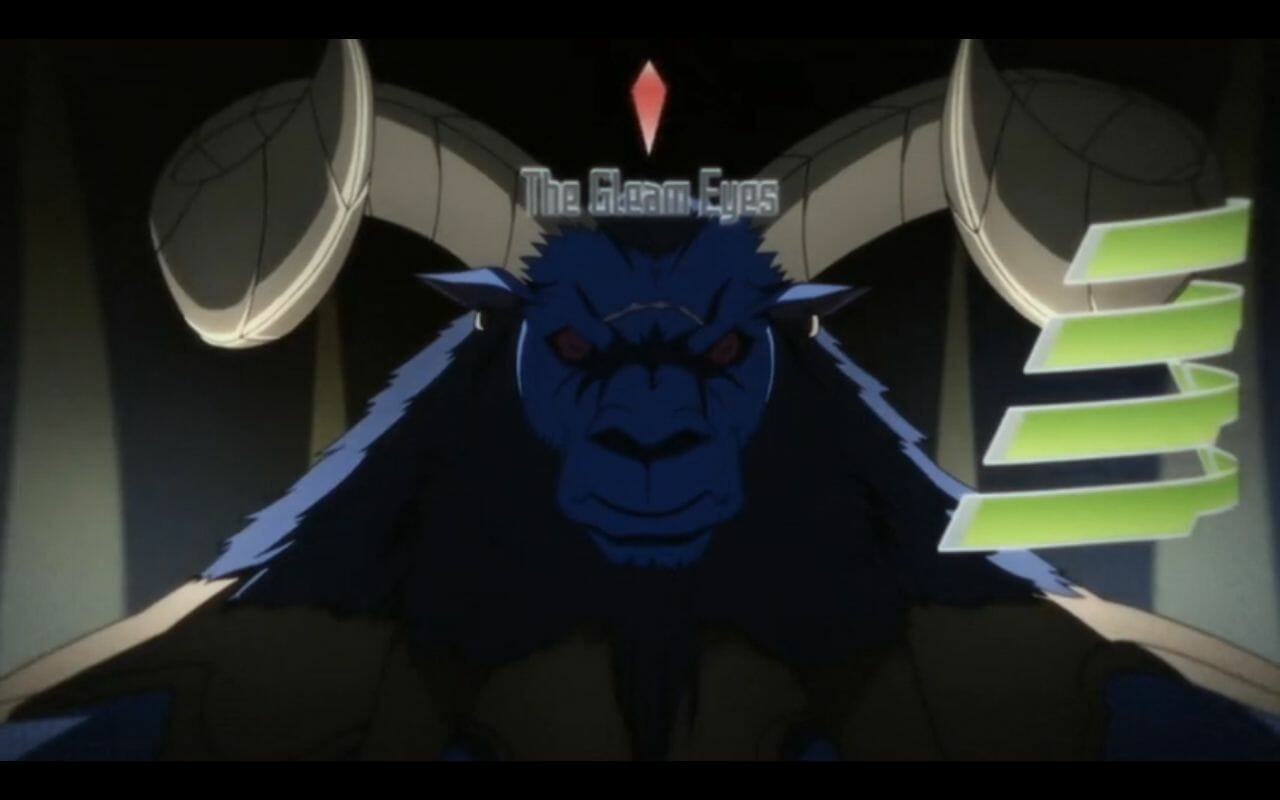 PC A first look at the computer RPG Deathfire: Ruins …

Geek Stuff JazWares shows off latest range of Minecraft paper…
💰 Copper Coins 💰 Geek Native is an affiliate and may earn commission on purchases you make from third-party sites.
🍪 Privacy & Cookies 🍪 The site uses cookies to survive. By accessing the site, you agree to use your browser to control cookie use or take 1d4-3 privacy damage (tracking). If you defeat cookies via ad blocking, please consider the Patreon. An intro to cookies, and how to control them, can be found here. I Manage Cookies