You are here: Home / Games / Tabletop & RPGs / I Want to Believe: A Review of Moon Dust Men 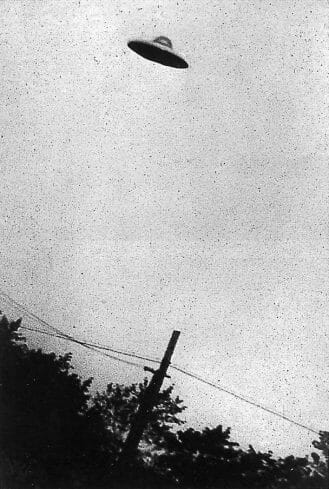 Trail of Cthulhu has been effectively and efficiently stepping on Call of Cthulhu‘s coattails for a short while now, offering a take on Lovecraft’s unfathomable and otherworldly horror that offers a fresh approach. While Call of Cthulhu‘s percentile system had a tendency to make or break situations where you could kill a trail stone cold by a poor throw of the dice, Trail made the business of core clues a certainty by simply placing them front and centre for anyone, with an iota of expertise or understanding, to find.

This system, Gumshoe, has formed the basis for a whole series of games, each capitalising on the certainty of a trail of clues to keep games pacey and progressing. At the same time, Gumshoe throws fate into sharp focus where physical frailty, faculty and stress matter most, allowing for failure at times of opposition, confrontation and competition.

Gumshoe encompasses a whole range of games from 1930s horror to futuristic procedural mysteries, but never before the late 70s world of extraterrestrial cover-ups, Men In Black, and bell-bottom flares.

Until now… with the Moon Dust Men.

Form
Moon Dust Men is an 11-page PDF supplement in the Ken Writes About Stuff series from Pelgrane Press. It features a cover page, featuring a high flying UFO, followed by a Table of Contents, with an explanation of the series (Ken Hite now writes for Pelgrane full-time, so they have to keep him busy with something). The interior adopts a 3-column format with some large explanatory tables and a couple of illustrations – a crashed UFO and the infamous Mothman.

Features
Gumshoe provides an adaptable system for procedural games, where investigation drives the story, but the weakness and frailty of the agents involved threatens their prospects of success. In Moon Dust Men, players assumes the role of characters inducted into Project Moon Dust, a secretive organisation born out of genuine paranoia in the US over UFOs and their alien pilots. While Project Blue Page keeps the public occupied with weather balloons and similar cover stories, the Moon Dust Men (and Women) travel the world, knowing the Truth Is Out There somewhere… and if you don’t find it first, the Russians definitely will.

Yes, the Cold War reigns and the intelligences agencies of the Great Powers do constant battle to outwit one another – and, if that means co-opting and reverse engineering alien technologies, so be it. As well as kipper ties and flared trousers, field agents can expect to deal with a whole range of stereotypes of cringeworthy, but entertaining, proportions.

The supplement covers the background of the American operation on the first page, before diving into the particulars of character generation. Gumshoe splits abilities between Investigative and General, with Technical straddling in-between, covering the aforementioned ground of those skills necessary to uncover core clues and that experience more focussed on just keeping you alive.

Moon Dust Men draws on elements of all existing Gumshoe products, but doesn’t require you to own them all – you just need one of them to supply the core rules. (In the not too distant future, the option will also exist to use the Gumshoe System Reference Document – a stripped down, background-neutral core set funded by the successful Hillfolk Kickstarter.)

The supplement introduces the concept of Psychic Abilities as special General abilities, but doesn’t go into too much detail. Ken provides guidelines for including extra sensory powers and details Remote Viewing, the favourite psychic pastime of many US government-funded ESP programs. You can have the team include a single psychic, scatter powers amongst the whole team, or not use them at all – it’s very much a GMs personal call.

The other new thing the supplement introduces – and my favourite bit of all – are Backslash Points. In a world where pseudo-science and fringe abilities offer as much chance of success as more commonplace techniques, characters can assign points to their Investigative Abilities to cover mundane and/or weird science options.

So, a character could have History 2\1, which offers them a sound grasp of real world history on the one side, and the world of conspiracy theories and Secret Masters on the other.

When it comes to uncovering clues, you can choose to dip into the unconventional knowledge in pursuit of an answer and, over time, you might move points from left to right, increasingly relying on crazy theories for all of your answers. Think Walter from Fringe or Mulder from The X-Files, and you’ve got the best examples of the concept.

After a page considering how Moon Dust Men can actually drive play in other Gumshoe games, rather than existing in its own right, the next couple of pages provide Extraterrestrial Biological Entities (EBEs), Cryptids (unnatural and unexplained creatures, like Chupacabra) and the Soviets (always racing to try and stay one step ahead).

The final page sums up a few considerations and sources for Gamemasters. If you think of all the TV series and films that have concentrated on UFOs and unexplained phenomena, you’re probably covering a lot of ground, from kooky through spooky, all the way through to horror. As a Gamemaster, you need to give this a bit of thought before hand, as Moon Dust Men can easily sit in any of these categories, or run the full gamut over the course of a campaign.

Final Thoughts
In under a dozen pages, Moon Dust Men provides you with an interesting set-up, character variations, extraterrestrials, weird monsters, and sneaky Russians – all easily layered over any version of the Gumshoe system you happen to have lying around. Whether you want to run an interesting one-shot, tweak your current setting to include conspiracies and aliens, or try for a whole campaign, this supplement gives you enough to get going.

Ken Hite dances over the whole subject matter with a light touch, not bogging himself down in needless mechanics – like the neatly sidestepped psychic section – but providing the core essentials, like the Backslash Points and stats for a bunch of essential antagonists. For little more than a tall brewed coffee from a High Street coffee chain, you have all the prerequisites for mysterious adventures fighting insidious Greys and our ubiquitous reptilian underlords.

I Want to Believe: A Review of Moon Dust Men 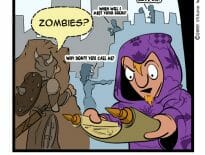 Comics Wizards without Coats: The un-wed 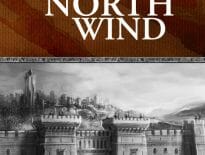