You are here: Home / Books / Comics / What happens next in Firefly/Serenity? Find out here! 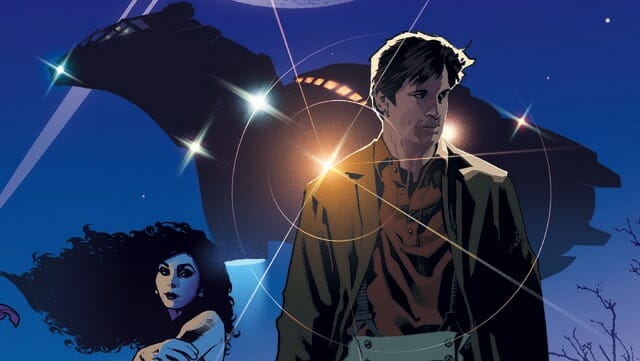 Whereas they’ve been graphic novels before – like Serenity: The Shepherd’s Tale – there’s not been any comic books that really acted as a continuation of the Firefly series and Serenity movie.

Until now. Now Dark Horse comics, who do the continuation of Buffy the Vampire Slayer for Joss Whedon, will publish a follow on series.

The action picks up where Mal and his crew are recovering after their action against the dubious government and exposed their role in the creation of the Reavers. River Tam, of all people, is co-pilot and Zoe is pregant trying to cope without Wash.

The comic book will be illustrated by Georges Jeanty. The writer? That’s still a secret! Jeantly told Comic Book Resources;

“[‘Firefly’] was a series I started watching when it began on Fox,”

“I really looked forward to it. Fox was doing sci-fi very well; they just never gave their sci-fi shows a chance. I remember very clearly how they started shuffling around the airdate from week to week. The ultimate offense was putting it on Friday nights!”

“There are way more shadows and shading than with ‘Buffy.’ Also, when I was drawing ‘Buffy,’ I could start from scratch. Sure, I had to keep in line with how the characters looked, but everything [else] was up for grabs. Sunnydale was destroyed, so I didn’t have to keep in line with the architecture. With ‘Firefly’ there are seven characters and a ship to consider. When they’re on Serenity — fans know what every inch of that ship looks like, so I have to be very meticulous with my depiction. Not to mention there are a few very subtle differences in the ship from TV to the movie. This is definitely a learning experience, one I don’t think I’ll fully master until the series is over!”

There is more from Georges over at CBR’s exclusive. 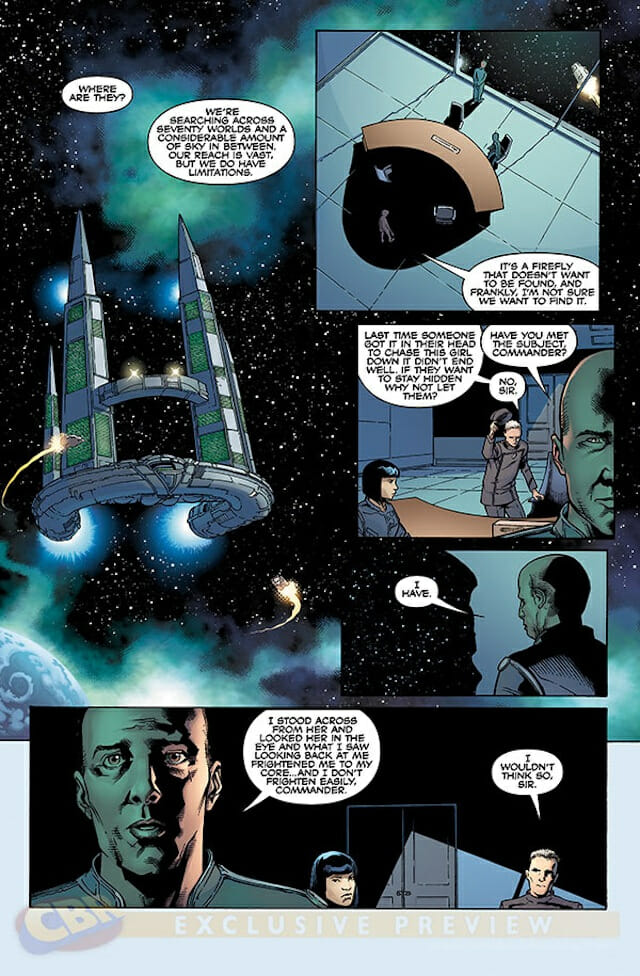 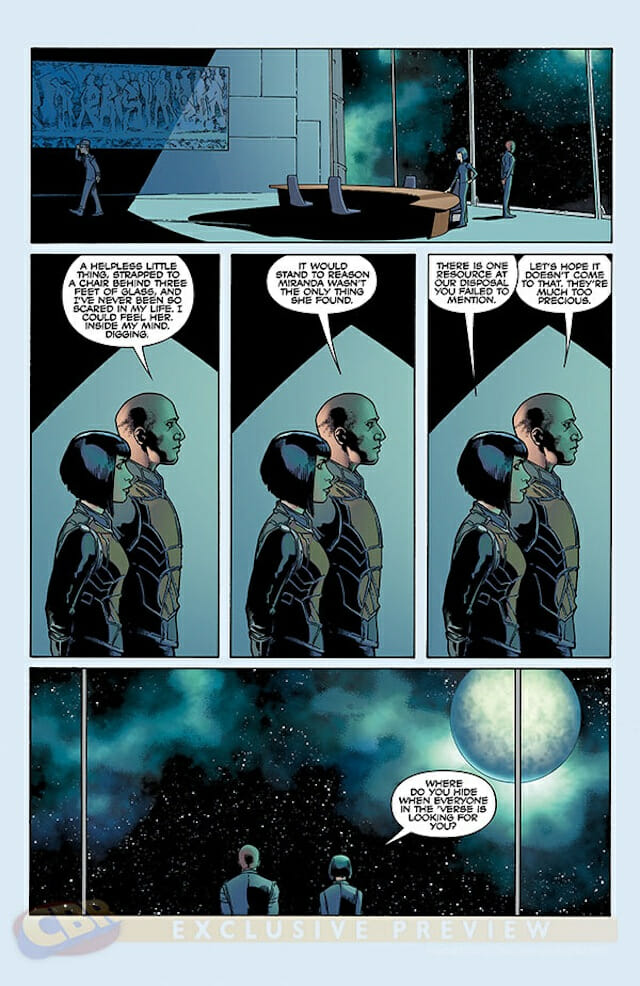 What happens next in Firefly/Serenity? Find out here! 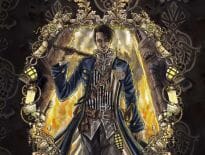 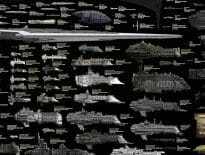