This is an exclusive sample of Legends of Excalibur: Campaign Guide from RPGObjects Links to RPGObject’s web pages about their new fantasy series can be found at the bottom of this preview.

Continuing our tradition of previewing new projects exclusively here, RPGObjects is proud to present (wait for it) an exclusive preview for the upcoming Legends of Excalibur: Campaign Guide.

The follow-up to the Knight’s Handbook, the Campaign Guide offers the Excalibur game master a wealth of information to make his campaign fun, interesting, and easy to run. Plenty of gamers have a passing interest in Arthur, but do not have the encyclopedic knowledge of the tales, or want to do a lot of research, to run their games. That’s where the campaign guide steps in. We’ve done the research for you!

In addition to many NPCs, like the ones we’ve included below, you will also find a full 20 level NPC table for each new class presented in the Knight’s Handbook, new magic items, new magic item abilities, Arthurian Artifacts, from Excalibur to the Round Table.

The Campaign Guide also includes a wealth of maps (both of Britain and Europe), campaign settings, and a selection of new monsters.

The Legends of Excalibur Campaign Guide will be released as a PDF first, and then undergo a final round of editing, after which it will be combined with the Knight’s Handbook and released in a deluxe hardcover edition.

More information about this upcoming release may be found here

The Knight of Two Swords

Description: Balan’s brother; smote the Dolorous Stroke, creating the Wasteland and necessitating the Grail Quest; banished from Arthur’s court for killing the Lady of the Lake who repaired Excalibur for Arthur after a disastrous battle with King Pellinore.

Role: Balin is a basically good and honorable man with a tragically dangerous temper. Ultimately this temper will damage the very realm of Britain and necessitate the Grail Quest.

Being fool, and seeing too much wit Makes the world rotten, why belike I skip To know myself the wisest knight of all.

Description: Jester of Camelot; made an honorary knight of the Round Table at Gawaine’s request

Role: Like many jesters in literature, Dagonet makes his living taking humorous stabs at his opponents. Gawain loves his sense of humor, while Tristram, whose faults are frequently the subject of Dagonet’s jokes, has nearly killed the fool on several occasions.

Son of Sir Ector; Arthur’s adopted brother and future Seneschal of Britian, Kay is both a mighty warrior and a tactful statesman.

But always Queen Guinevere praised Sir Kay for his deeds, and said, What lady that ye love, and she love you not again she were greatly to blame; and among ladies, said the queen, I shall bear your noble fame, for ye spake a great word, and fulfilled it worshipfully. Sir Thomas Malory, Le Morte d’Arthur

Description: Sir Kay thought he knew how his life was going to turn out. He fully expected to follow in his father’s footsteps, ruling a tiny barony and living out his days as a feudal lord. However when Arthur drew Excalibur from the stone, Kay’s life took an unexpected turn. Rather than be the quiet lord of a prosperous, but unimportant manor, Kay was now at the center of the fight to unify and protect Britain, serving the greatest king who ever lived as Seneschal and advisor. Despite the unexpected nature of these duties, Kay performed them brilliantly, and is one of the most underestimated of Arthur’s great knights. Those who face him in battle soon come away with a different impression, if they live.

Role: Sir Kay is the administrator. He rules in Arthur’s absence, advises the King, and sees to it that the mundane aspects of running a kingdom, and later an empire, run smoothly. In battle he will be found at Arthur’s side.

Now, sir, said Accolon, I will tell you; this sword hath been in my keeping the most part of this twelvemonth; and Morgan le Fay, King Uriens’ wife, sent it me yesterday by a dwarf, to this intent, that I should slay King Arthur, her brother. For ye shall understand King Arthur is the man in the world that she most hateth, because he is most of worship and of prowess of any of her blood; also she loveth me out of measure as paramour, and I her again; and if she might bring about to slay Arthur by her crafts, she would slay her husband King Uriens lightly, and then had she me devised to be king in this land, and so to reign, and she to be my queen…

Description: Morgan is destined to be the second most powerful sorcerer in all of Britain, one day rivaling the mighty Merlin himself. She is also consumed with an unquenchable hatred for her half-brother Arthur, who she blames on an unconscious level for the death of her father, Gorloise, and the arranged marriages of her and her sisters like so many chess pieces to cement Uther’s crumbling reign. She is a beautiful woman, fully capable of using her beauty to gain whatever she wants, from her husband Uriens, to her many lovers. Her one true love, however, is Accolon, whom she hopes to put on the throne as king. However, it is ultimately Mordred who she will serve as a dark counterpart to Merlin, and aid Arthur’s downfall.

Role: Morgan is the ultimate manipulator, using wit, guile, and sexuality to manipulate those around her. She hates Arthur, blaming him for Uther’s sins, and will do anything to see him fall. 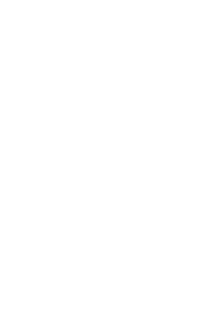