You are here: Home / Books / A review of The Guild: The Official Companion 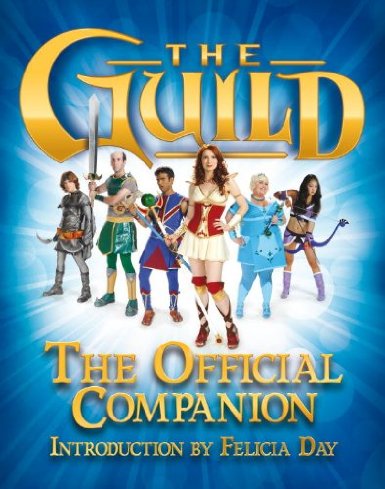 This must be mine.

The Guild Official Companion has an introduction from Felicia Day. Fear her.

Wait, just to be clear; I don’t fear Felicia Day. That’s a quote from Josh Whedon (Buffy, Firefly, The Avengers). To give the full context;

The introduction seems to prove Mr Whedon right as in it Day explains pitching the concept of The Guild to execs who didn’t even understand how gamers could talk to one-an-other and puzzled over phrases like “web series”. The Guild was way ahead of its time.

It’s a shame that The Official Companion wasn’t entirely written by Felicia Day. I suppose, a few years back, that might have been possible. It seems unlikely now; what a success. The book, at least, is plenty full of interviews from the cast and crew.

I really enjoyed the behind the scenes photographs too. This is an official guide that manages to get as close to the creators and stars as you could hope for. This is not some dry biography.

There’s history here too. Early on you can see scribbles in which Zaboo seems to be called Puck. As it happens; that’s what the character was initially called. 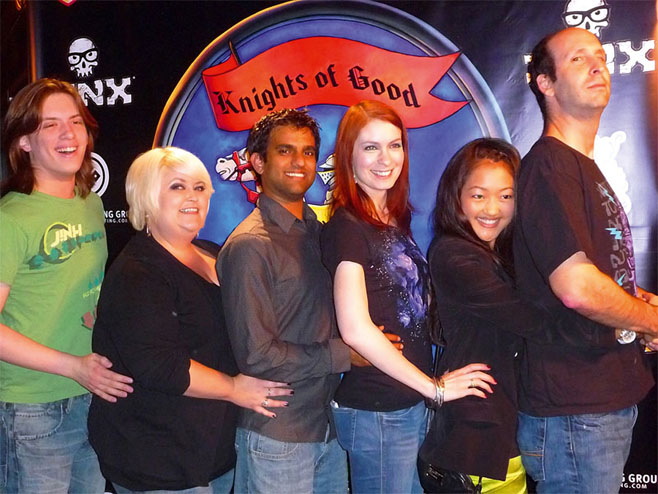 Ultimately, this is a piece of fandom. It’s hard to imagine anyone who’s not already into The Guild being tempted by an official guide. By “into The Guild” I only mean someone who’s enjoyed a series. It also feels very much like a gift you get for someone else – unless you’re up there as a Level 20 Day fan or a Level 20 Guildee.

The guide works as a gift because it’s lovely to thumb through. It is so colourful and packed with pictures. There’s the sense of a scrapbook about the layout. The presentation is professional and easy to read and then, layered on top, are photograph effect pictures at angles. It means you can glance down at a page and feel like you’re glancing at a moment in time for The Guild’s history. That’s exactly what I want for a fan orientated guide. The Guild guide.

Tucked right at the back of the book is a logo for Geek and Sundry. There’s a QR code too. I’ve scanned it. Does it contain a great secret? It’s just a link to GeekAndSundry.com but, hey, that’s pretty cool. That’s typically techy and exactly what I’d expect from a Felicia Day enterprise. 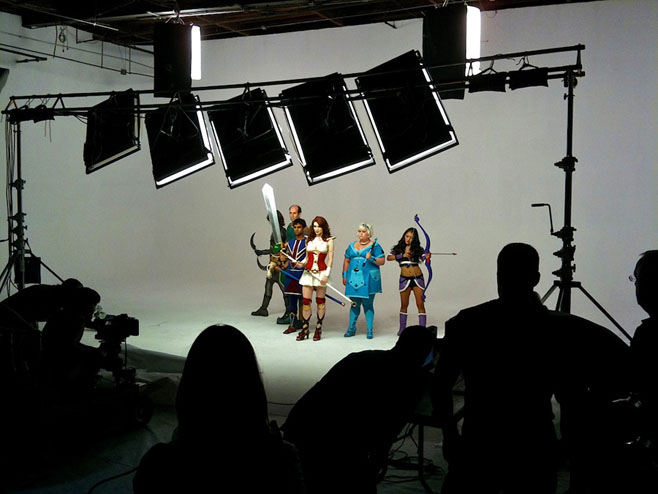 My copy of The Guild: The Official Companion was provided for review. Pictures from Crave Online. Titan Books, by Felicia Day et al, July 2013: £16.99.

A review of The Guild: The Official Companion 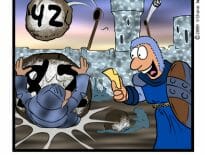 Comics Wizards without Coats: The Lottery 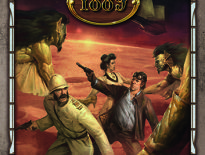 Sites Will Space 1889 see a new English edition?
wpDiscuzComment Author Info
Manage Cookie Consent
This site uses cookies 🍪, and links are ads that may earn bloggers some money 💰, and with this alert, I very much hope that these dark truths 🧌 are acknowledged.
Manage options Manage services Manage vendors Read more about these purposes
Preferences
{title} {title} {title}
Loading Comments...