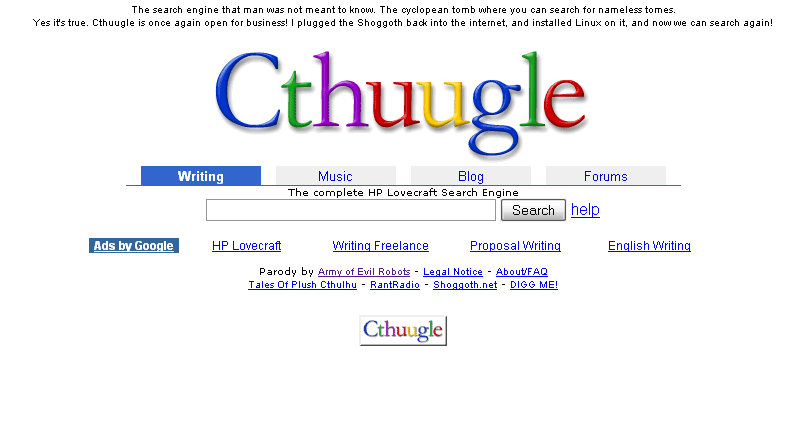 Cthuugle is a search engine that, as you will hopefully assume, restrict itself to H.P. Lovecraft themed sites.

Looks a lot like Google, doesn’t it? That’s why its covered in legal disclaimers. You may think Google has a sense of humour but they take their brand very seriously. Mystery Google had to be renamed several times until it became Mystery Seeker due, I assume, to Google.