I’ve seen a few of these style of videos; made on a budget, talking to fandom, and with actors you’re yet to see on the TV. They’re generally a mixed bunch. Grayson: Earth One, however, is a cut above the rest. Hisonni Johnson’s re-imagined origin story of Nightwing/Richard Grayson is tight, makes perfect use of the limited budget and oozes quality acting.

That said, Daz Crawford who is superb as Dr Victor Friese does have some big time credits to his name. Rileah Vanderbilt, who plays Helena Bertinelli, is on Team Unicorn and performs in For the Win. Better still; Stephen McCain who plays Grayson, is an actual Olympic gymnast. That’s great casting for the role.

In short, this project seems to have access to all the right ingredients. I’d actually like to see more of the show.

As it happens there’s a flexible funding campaign for just that on IndieGoGo. 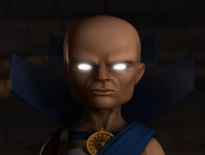 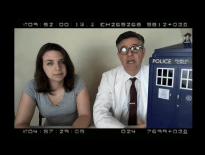