You are here: Home / Games / PC / Is the creator of Minecraft taking on Magic: The Gathering?

Mojang, the company behind Minecraft, has launched a teaser video for their next game; Scrolls.

It’s a very different game from Minecraft. In fact, some people are confused by the differences but that’s a reflection on how iconic Minecraft has become rather than a comment on the company itself. CCG players will recognise Scrolls at a glance. It’s a very familiar model; build your decks from the scrolls you collect and battle rivals. Scrolls even uses the word “decks” despite trying to move away from the card concept.

The scalability in the game may come from two sources; firstly, as is common with CCGs, Mojang may be able to continue to sell new scrolls for years to come if the game is popular and secondly the trailer points towards a marketplace that can be moderated.

Wizards of the Coast have successfully taken Magic: The Gathering online with Duels of the Planeswalkers. In some ways Scrolls is a simple competitors but given the reach Minecraft and Mojang now enjoy it is possible that a successful Scrolls game will boost interst in the game category and actually recruit interest for Magic and Planeswalkers.

Is the creator of Minecraft taking on Magic: The Gathering? 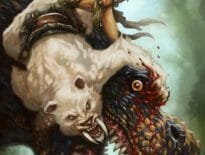 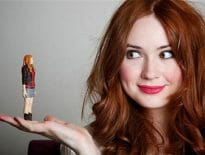