You are here: Home / Books / Comics / Chronicles of Doom: Episode 2

The first episode in this four part motion comic series from Marvel can be found here.

In this episode we see Doctor Doom trying to talk to Dormammu. Dormammu is a demon we normally see in battle against Doctor Strange but the entity has allied with Loki in the past and the creator of Satannish.

The motion comic supports the launch of Marvel Heroes, the computer game from Gazillion Entertainment, which is due out early June. 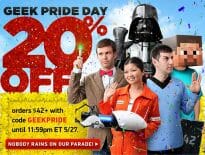