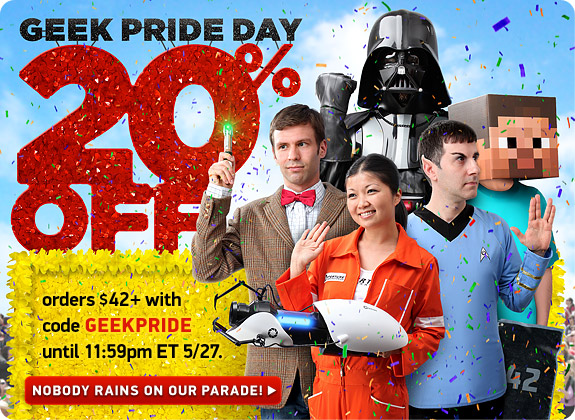 Today is Geek Pride Day. Held every year on the 25th of May (because Star Wars: A New Hope was released on the 25th of May, 1977) the commemorations actually started in Spain in 2006, but thanks to the internet, grew around the world.

This coupon code will get you 10% off apparel items from Red Bubble. The discount expires on May 26th!

It’s going to be an interesting year for geeks and tech; there’s the PlayStation 4 and the Xbox One, true, but there’s also a growing geek momentum. There may even still be some more news with the likes of Apple and perhaps Samsung working on smart watches.

Modis IT Staff’s annual survey on how geek/tech fits in with culture determined that 51% of Americans would be happy to wear some tech; whether that was a smart watch or even smart glasses like Google Glass.

The same survey suggested that 58% of Americans define geeks as being “extremely intelligent”. Now, if that seems a bit like typecasting then note that the figure is actually a 13% increase from 2011.

Lastly, from Modis IT Staff’s survey it was revealed that 68% of Americans would date a geek. Nearly the same figure associated geeks with being loyal.

There’s the Think Geek Geek Pride Day sale too. You also have to be active today to claim that discount.

Fast enough? You might well want to check out this Dungeons & Dragons Clue. That’s right; Cluedo (known as Clue in the States) but Dungeons and Dragons style. 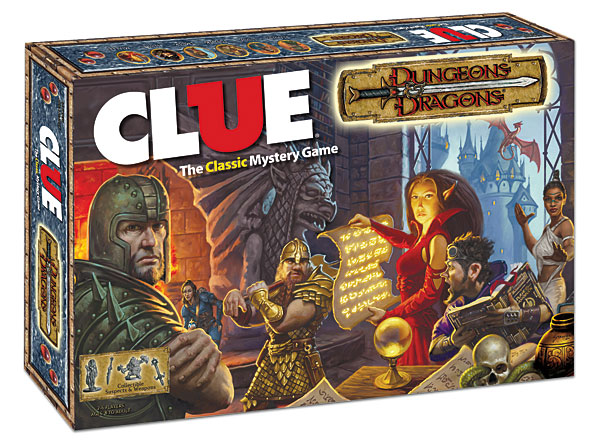 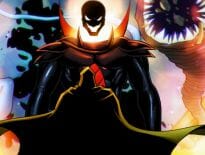 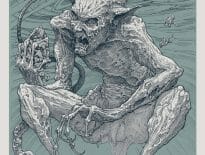