Agents of S.H.I.E.L.D. has made it through the choppy waters of being a pilot and has been picked up the by the big boat that is ABC. Here’s the trailer.

As you can see Coulson lives. He was the character that joined the individual titles in the run up to The Avengers together. Then, well, at the risk of spoilers – he kinda died. Thankfully, in comic book land death is just one of things that sometimes happens to you and recovery happens.

So is Agents of S.H.I.E.L.D. a prequel to the Avengers? Is that why Coulson is alive. It’s possible. We have very little details. However, there is Item 47, a short film that came in The Avengers blu-ray boxset, and which suggested there was interest in the post Battle of New York world.

It would certainly make sense for both Marvel and ABC to cast Agents of S.H.I.E.L.D. in the hot spot; that’s once The Avengers are running, once the supervillain threat is established and in the dramatic run-up to The Avengers 2. It makes tie-ins so much easier and more likely.

There’s nothing stopping the series spanning both sides of the big movie.

Here’s the official brief from ABC; 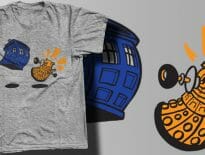 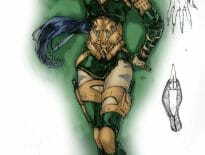