Item 47 is a short (about 12 minutes long) film that will be bundled with The Avengers blu-ray box set.

It stars Jesse Bradford (Flags of Our Fathers) and Lizzy Caplan (Party Down) as two people who find a Chitauri gun in the aftermath of The Avengers battle with the aliens.

They get it to work. They decide to use it to rob banks. In this clip we see the two debate whether or not to go ahead with their plans.

Also in the short film are Maximiliano Hernandez (Thor) and Titus Welliver (Lost). The pair play S.H.I.E.L.D. agents charged with tracking them down. S.H.I.E.L.D. know the couple have Chitauri weapon and have classified it as “Item 47” – hence the name of the film. 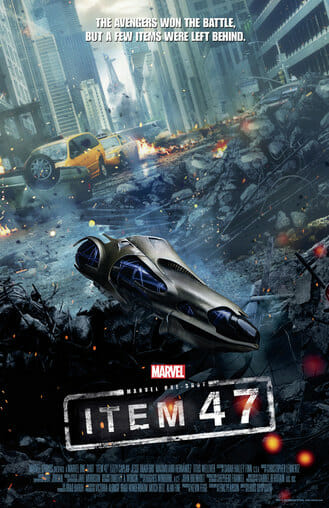