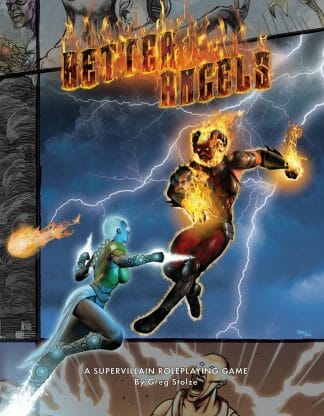 Better Angels is a RPG in which you get to a play a demon and a superhero.

Better Angels is an RPG that pitches “evil against eeevil” and it was designed by Greg Stolze. I’ll get back to that “eeevil” concept a little later.

Better Angels downloaded in my RPG folder in a buzz of high expectations. This game Kickstarted and I was an enthusiastic backer. I was one of 639.

Demons are spirits that want to bad. They want to corrupt. It is really bad if they possess a coldly calculating serial killer who knows how to stay off the radar, act normal and plot her attacks very carefully. The demon and the dangerous human would get along too well. It’s much better if the demon finds itself inside a really nice, wouldn’t harm a fly, strong willed do-gooder.

To keep the demon under to control, to stop it from looking around for alternatives and to trick it into relative acquiescence a strong willed do-gooder would need to keep it entertained, put on a show and appear to be doing evil.

That’s why so many super villains appear to be genius level intellect but also really dumb. That’s why a super villain does not just shoot heroes dead with a sniper rifle. They actually want the hero to survive but to entertain their demon, to do bad, they must compose a fiendishly complex trap. This is evil vs eeevil.

Better Angels give us a few examples;

Eeeevil: “Only you can appreciate the genius of my plan. When I push that button, a meteorite of solid sodium, towed from the asteroid belt, will smash into the polar ice caps! The detonation will raise the sea levels worldwide and I, having prudently invested in inland territories destined to be the new fishing meccas, will be rich beyond avarice!”

Character creation is interesting. You get to build your character but it is the player behind your Demon who assigns negative traits to you. Demon building is also split. Better Angels provide an example of troupe creation in addition to chargen rules so you can get a feel to how this could work.

If you don’t think your gaming group can handle coordinated statting for individually crafted characters then it’s a signal that your group might struggle with playing two characters at once; cooperating with each other for success while also trying to undermine an individual character for personal gain. 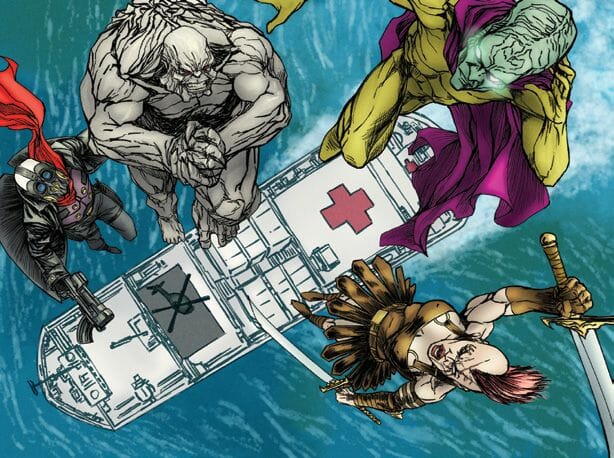 This isn’t a playtest review. There’s not been enough time. That said; I do get a strong feeling of what gameplay in Better Angels would be like. This doesn’t feel like Paranoia but with superpowers. It feels a little like Wraith: The Oblivion in which players would play the Shadowguide for other player’s wraiths. Better Angels is also very much about the conflict between emotions. It only feels a little like Wraith. The style, the flavour and the direction are all very different. This feels like a three colour comic book adventure, that has been accepted by the publisher as being a bit dark and realistic and in which the writer has smuggled in another, sly, layer of sinister implications.

In defiance to the cynics; Better Angels feels original.

The mechanics system is not unique to the book. This RPG uses ORE, the One-Roll Engine, that Arc Dream Publishing also uses for GODLIKE and Wild Talents. It’s a good system that uses combinations of dice; matching pairs and scoring rolls to create a “width by height” method of determining success from a single roll. Hence the name. I’m particularly fond of the “gobble dice” system that can be used to cancel out successes as that seems very appropriate for Better Angels.

As a superhero RPG there is plenty of combat and conflict in the game. Stolze makes it clear that Better Angels isn’t intended to be a reality simulator or physics engine. The game is interested in the emotional state and strength of the hellbound. A super villain flushed with success is far more likely to achieve a Herculean feat of strength than one drained of enthusiasm and dangerously close to succumbing to the whispered suggestions of the demon.

Emotional states are tracked in Better Angels in a way that other RPGs track health, magic points and encumbrance. The character sheet for the game is cleverly designed. Positive traits are on the right. Negative (sinister) traits are on the left. They are partnered up and overlap .The positive and negative traits also limit one another, this is represented visually on the sheet. If the demon has made you hugely deceitful then you can’t also be wonderfully honest.

Tracking these emotional and morale traits is important. Not only do they influence dice rolls and success – they determine when (okay, perhaps; whether) the controlling demon will actively try and drag the super villain to hell. 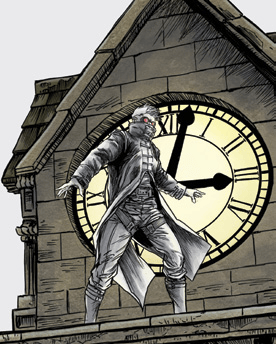 Life as a super villain determined to keep their demon distracted and under control is not easy. The presence of super heroes powered by angels, spirits determined to do good, does not make it any easier.

A key element that contributes to the feel of Better Angels is the art. We have illustrations of superheroes and villains that would be entirely at home in a typical comic book. When there’s an illustration of a demon it tends to be the sort of monster a superhero would find. The exception to the rule is usually when the demon is drawn alongside someone normal looking… these are typically illustrations that could show the gamer and their demon foe.

Better Angels had a lot to live up to. My expectations, the silent demands I was making of the RPG before I even opened the file, had risen very high. I think they’ve been met.

Better Angels is certainly a cracking RPG. It’s fresh, it’s different and it’s fun. This is a roleplaying game that an experienced group of gamers can turn to relight their gaming fire. This is also a great roleplaying game for a newbie to start with as it bakes in so many good habits. Ideally, though, that newbie would be going a group with some experience.

A super powered thumbs up for Better Angels. I look forward to playing your demon.

Disclaimer: I backed this RPG as a Kickstarter and received my copy of the game as a reward for my pledge. Better Angels is now on sale at DriveThru RPG. This is not a playtest review. 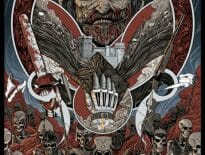 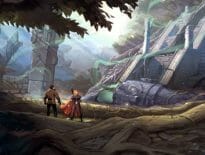