You are here: Home / Books / Comics / DC’s Dark Universe might be their best chance against Marvel’s Avengers 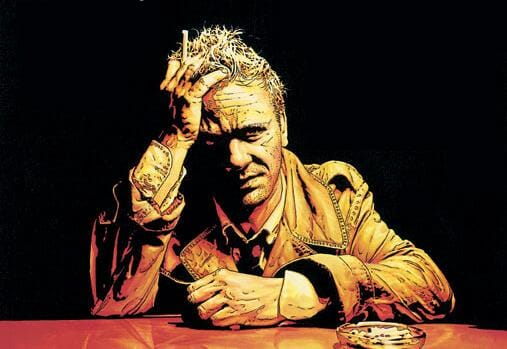 Guillermo del Toro was at WonderCon to help promote Pacific Rim, the mecha versus Kaiju film, and it certainly feels like that’s going to be a great movie.

While he was at the convention he also talked about Dark Universe – that’s the working name, perhaps the final name – for the “Justice League Dark” film he’s landed.

There’s a comic book movie battle going on. DC has Batman, we’re yet to see how well Superman does but the smart money so far has been on Marvel who have enjoyed a string of hits up to Avengers and has a promising phase 2 and phase 3 on the way.

The Justice League will come out, almost certainly, but it’ll be a hard film to make. Characters like Superman are just so powerful that they’re hard to make a compelling movie around. Case in point? How do the Hulk films compare to the Iron Man films? Sure; both have their strength but Iron Man did so much better at the box office.

Justice League Dark will be different. For a start the power levels aren’t quite as established. That’s not to say that Justice League Dark superheroes aren’t incredibly powerful but that less of the movie going public is aware of what the maximum power levels of these characters are. By and large, these characters are not as brute force or as impervious as some of the headline Justice Leagers too.

There’s a wave of fairy tale style movies out and coming out too. There’s even a sequel for Hansel and Gretel on the way. Justice League Dark could easily be a dark fairy tale. With Guillermo del Toro at the helm it how could Dark Universe not be?

Look at the strength of shows like Supernatural. Especially look at Supernatural’s strength on sites like Tumblr. It remains hugely popular. It’s there alongside Doctor Who and Sherlock. One of the reasons is that the characters here are a little easier to relate with while they also entirely appropriate to aspire too (even the Winchesters). There’s the soap opera element here that keeps the relationship between the characters and the audience going.

Dark Universe gets to have all these popular ingredients; it will be a superhero film, it will be a dark fairy tale and it has the potential to have the drama and banter associated with Tumblr hits. Consider Tumblr the incubator of fandom.

No surprise then that Guillermo del Toro is putting John Constantine in as the central character. After all, he’s the one most audiences will find it easier to view the Dark Universe from (rather than Swamp Thing, for example). Here’s what he said at WonderCon;

On Justice League Dark, or Dark Universe, what we’re doing is we finished the bible. Then we’re going to start the screenplay with a writer we hope we can announce very soon. What I’m doing is the lead character that guides us through that is Constantine. Blonde. He is basically trying to recruit these guys. On Etrigan, I’m using Jason Blood in the time of Merlin. We get to their origin through the story. We don’t make the origin story at the top. We find it out as they each have mysteries to solve. Swamp Thing is at peace with who he is, but Deadman still needs to figure out who shot him. It’s all woven in. When I was a kid, my two favorite characters in the whole DC Universe were Etrigan and Swamp Thing, so I’m in heaven.

This means we’ve Constantine, the demon, Deadman and Swamp Thing just mentioned here. The Spectre and Zatanna have both been mentioned too and just from a profiling point of view Zatanna makes a lot of sense.

So just as Marvel might be looking at Guardians of the Galaxy and perhaps projects like Doctor Strange and Ant-Man to broaden the superhero scope DC has the whole Dark Universe to do the same with and also enjoys a direct line into the fairy tale fashion.

The question is; can DC move quickly enough? Guillermo del Toro is perfect for this task but he’s a busy man.

It’s not up to DC though. That’s also part of the problem why DC doesn’t have the greatest track record with movies. WB controls their whole media thing – movies, TV, etc. Marvel at least got to appoint their own head guy to oversee the universe… so the whole “Can DC move fast enough” should read “Will WB heads pull their heads out of their butts?”. 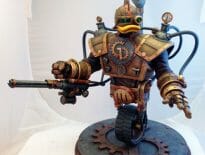 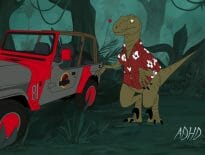