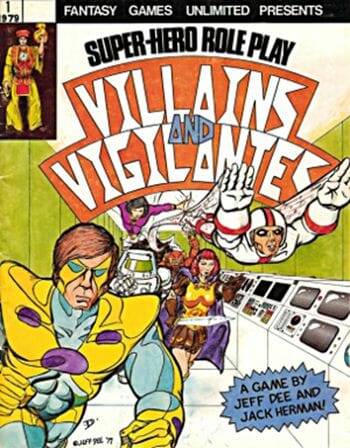 After a 20 month legal battle, Jeff Dee and Jack Herman have regained the rights to Villains & Vigilantes the roleplaying game they created in the 70s.

The tussle over the rights of the game was between Dee and Herman and Scott Bizar of Fantsay Games Unlimited. In the end Magistrate Judge Mark E. Aspey did not rule on the argument whether rights would return to the creators should FGU ever cease trading but noted that Bizar never had the rights to sell derivative products or ebooks. The judge ruled that Bizar had been doing both.

The issue of what counts as a derivative work might interest other publishers. The Judge noted FGU should have only had writes to publish the 1979 and 1982 printed editions of the book. Updated editions would have counted as derivative and Dee and Herman held the copyright to characters and settings all along.

Additionally, the Judge noted the marketing rights to the game did not appear to have been transferred either. Dee and Herman had the ability to produce, sell or even license clothing, video games, card games or even TV shows and movies.

Significantly for Fantasy Games Unlimited, the Court ruled the right to the trademark “Villains & Vigilantes” had been abandoned because Bizar had not used the mark between 1999 and 2004. This shows the value in keeping PDF products (if you have the rights) available for sale even if print books are out of stock.

Jeff Dee and Jack Herman set up Monkey House Games in 2010 and have been in this legal lock since. They have already announced Ancient Evil for Villains and Vigilantes (2.1) and Living Legends as a super-powered supernatural mystery. Character sheets are available to download for free along with two pages of counters from Monkey House Games. 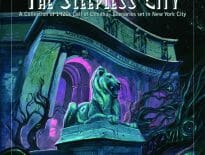 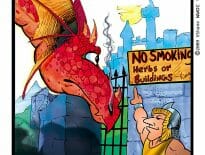