You are here: Home / TV / Online Shows / The Reward could spawn even more fantasy action

I had all sorts of praise for The Reward. This is a short animation about two people, rivals at first, friends in the end, who find themselves on a long and dangerous journey. The animation appealed to many RPG classics with action, adventure and mystery.

The team behind the Vimeo success have now turned to Kickstarter to try and raise money to do more. If they’re successful we could have a full fantasy action episode called Tales of Alethrion.

It’s going to be a challenge. At the time of posting they’ve 19 days left and have raised $33,300. They’re asking for $115,000 to complete the project. This can be done. I’ve seen Kickstarters sweep in on the last day. All it takes is for some big blog exposure.

One challenge they might face is the struggle to do rewards for pledge levels. Unlike with RPGs there’s no “small loot” that the project creates that can be given away early. You get a PDF illustration at $5. The next level up is $17 when you get the DRM free download.

There is some good news with the timing though. Vimeo has launched On Demand which lets creators paywall their films and shares a 90/10 split with the platform. Hopefully, this will lend itself to more talented animators, like the team behind The Reward, taking the gamble and investing in quality shorts.

The Reward could spawn even more fantasy action 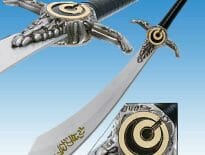 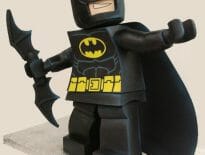