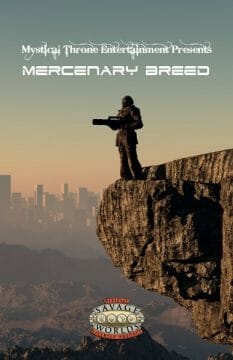 The core rules contain rules for all sorts of sci-fi action and adventure, providing tools to create new races, whole worlds, monsters and creatures as well as missions. The book contains a ready to go sandbox setting, corporations, Savage Tales maps and adventures.

To win the first prize of all three downloads (PDFs) you need to interact with the widget below, press the buttons to open up missions, earn the points and then be randomly picked as our lucky winner. You’ll be helping to promote Mystical Throne Entertainment’s Twilight Continuum Kickstarter. To win the second prize, a copy of the core Mercenary Breed setting, do exactly the same thing and hope you’re the second gamer the competition widget picks!

Take note: If you are a winner then your prize will come via RPGNow. You’ll need to have an account there or be willing to create a free one in order to claim your prize. You’ll also need a copy of the core Savage Worlds rules. Got it? 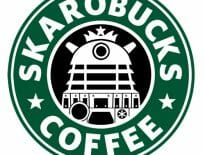 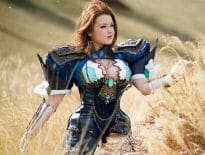