The deal very firmly rides the Old School Renaissance. The “OSR” is a nostalgia for the old style of RPGs, with a tighter focus on heroic dungeon adventures, quick character creation and game play. Mindjammer Press introduce the game by envoking the modules of yesteryear.

Have you got heaps of modules lying around, which you played and loved years ago and would like to use again? Tomes of spells, bestiaries full of terrifying monsters, languishing because the old rulebooks don’t have that zing you’re looking for these days? Then look no further!

The game will not be a simple “old school” copy and paste, though. Instead, we’re told that Monsters & Magic is a modern fantasy RPG that will blend cutting edge rules and narrative techniques with traditional fantasy concepts. It is designed to let you use classic fantasy adventure supplements with little (perhaps no) conversion.

The core rule book is due out in May and Mindjammer will stick with Angus Abranson’s Chronicle City for the full range of supplements. In a press release, Sarah Newton, who wrote the RPG, said;

“This is a very exciting opportunity,”

“Angus and I have worked together on many titles, including the ENnie-award winning Mindjammer, Legends of Anglerre, and Modiphius’ Achtung! Cthulhu. This deal is another step in our partnership, and allows us to bring the Monsters & Magic RPG and its line of supplements to a wide and discerning audience, using Chronicle City’s proven industry expertise and excellent track record. We’re looking forward to a regular release of Monsters & Magic products with Chronicle City, beginning with the core rulebook this May.”

Chronicle City have been pushing hard since their launch this year and have signed numerous partnership deals. Last month they hired James Desborough as Creative Director. He is expected to line up Chronicle City’s in-house range of products.

Mindjammer Press aren’t the only publishers listening to the Old School Renaissance. In an interview with Geek Native the RPG Pundit pointed out that Wizards of the Coast were also taking the retro-style seriously. He said;

“… WoTC has hired known advocates of Old School as consultants for their new edition of D&D, or reprinted their older editions and opened up their pdf catalogue to huge sales results” 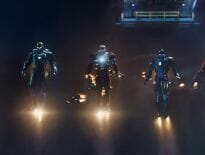 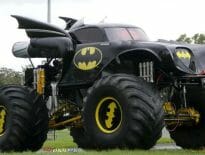