James Desborough has some experience with controversy. Geek Native interviewed Grim during a firestorm of protests. A petition had been set up to urge Mongoose Publishing to drop him from their roster for misogynistic views. The claim was denied, passions and tempers rose, arguments flooded into RPG forums and no one will thank me for mentioning it again. But I just did.

To date Chronicle City had spent most of their efforts helping authors and publishers get their books to market. The service made use of Abranson’s services and very practical advantages such as warehouses in both the UK and the US. Grim’s appointment can only mean the company will be backing its own in-house creative efforts.

“Chronicle City has a lot of plans this year, both with the expansion of our third party publishing programme as well as with licensing and in-house design of our own settings and game lines. Appointing James as Creative Director will give our own properties, and the licenses we’re working, on a dedicated overseer who can work day-to-day with our design teams and developers. James is the first fulltime appointment to the company and we have a few more team members to be announced in the coming weeks. 2013 is going to be a very interesting year for the company and I’m glad James has been able to join us for the journeys ahead.”

James has been working full-time on his own indie company, Postmortem Studios, since 2004 and has worked for Cubicle 7, Wizards of the Coast and Steve Jackson Games. In a press release, he noted;

“I am excited – and nervous – to be working for Chronicle City. I have known Angus a great many years and have worked for and with him in various guises in the past. I believe Chronicle City has the potential to become a driving force in modern roleplaying and I relish the opportunity to work in other arenas such as card and board game development. I particularly hope to bring some innovation and attention to licensed properties and hope that I can bring some of my particular style and thought to everything that we do.”

YoseiSovereign 7. There’s always going to be people trying to get other people fired – and that’s true for both the left and the right.

barrydeutsch it sounds like you already think those attempts are unreasonable? Then what about my comment do you object to?

YoseiSovereign 8. But I don’t think exaggerating and claiming writers who don’t write in an SJ-okay way have their careers destroyed is

YoseiSovereign 9. helpful or true. Comments like yours create an environment of fear that’s unnecessary, and encourage right-wingers to

YoseiSovereign 10. become delicate little flowers, cringing and weeping about their careers any time someone criticizes their work.

barrydeutsch But you agree they are TRYING to ruin their careers. The right isn’t *pretending* to be afraid. 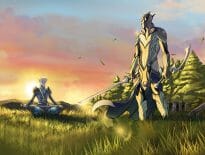 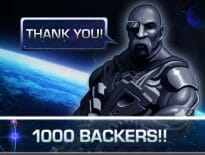