You are here: Home / Books / A killer Dead Space Competition! 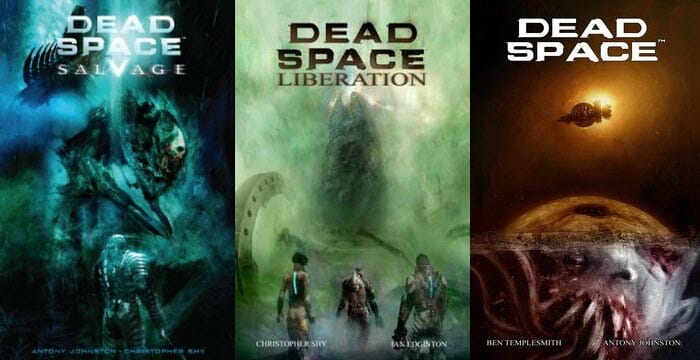 Lots of Dead Space prizes to be one for one lucky geek native. Dead Space: Liberation is a brand new graphic novel that acts as a prequel to the events in Dead Space 3. Award-winning artist Christopher Shy and writer Ian Edginton team up for this fast-paced adventure on the planet Uxor.

That’s not all! There’s also the stunning The Art of Dead Space which you can look inside here at Geek Native which was put together by Martin Robinson.

You can win all four copies of these Dead Space killers if you walk away from the competition below as the victor. The more points you earn, the greater the chance you have to be picked at random. UK residents only, please.

Tabletop & RPGs 9 decals to transform your roleplaying den
💰 Copper Coins 💰 Geek Native is an affiliate and may earn commission on purchases you make from third-party sites.
🍪 Privacy & Cookies 🍪 The site uses cookies to survive. By accessing the site, you agree to use your browser to control cookie use or take 1d4-3 privacy damage (tracking). If you defeat cookies via ad blocking, please consider the Patreon. An intro to cookies, and how to control them, can be found here. I Manage Cookies