Josh Wigler of MTV News has an important interview with Kevin Feige, President of Production at Marvel Studios that touches on Phase 3.

“Like ‘Iron Man 3,’ it’s certainly set in the Marvel Universe, but it’s also through the lens of Edgar Wright — which is the only reason we’re making the movie.”

“I’ve known Edgar since our first lunch together at Comic-Con in 2004,”

“He asked me what Marvel was doing with ‘Ant-Man’ — we weren’t even a studio then; what a difference eight years makes! It’s very much an ‘Ant-Man’ origin movie from the perspective of Edgar Wright and his co-writer Joe Cornish. It will of course be firmly planted in the MCU, but a different corner than we’ve seen before.”

What about Doctor Strange? Strange was co-created by Stan Lee and arist Steve Ditko. Doctor Strange has held the title of Sorcerer supreme and has often fought alongside the Avengers.

“‘Doctor Strange,’ which I’ve been talking about for years, is definitely one of them,” 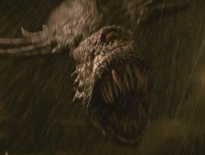 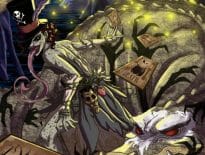