Kickstarter projects for RPGs and gamers are still going strong. They’re still a great way to bring products to the market and to fans that would have never been able to make it otherwise. However, as time ticks on we’re now looking for some of the older projects to start to deliver and it’s a stated risk at Kickstarter that this might not happen.

The Texas State Attorney General is involved with the failed e20 Kickstarter already. Now gamers are starting to worry about the Dwimmermount: An Old School Fantasy RPG Megadungeon that raised nearly $50,000 with over 1,000 backers. Two backers put in for $250 although, thankfully, no one went higher on a project that was willing to take $10,000 from one supporter.

Dwimmermount was based off a “sprawling and mysterious mega-dungeon” mentioned in Grognardia, the blog by James Maliszewski.

At the $10 pledge level (257 backers) supporters would get access to PDFs of Dwimmermount – one with the Labyrinth Lord rules used in James’ home game and the second using Autarch’s ACKs (Adventurer Conqueror King system). 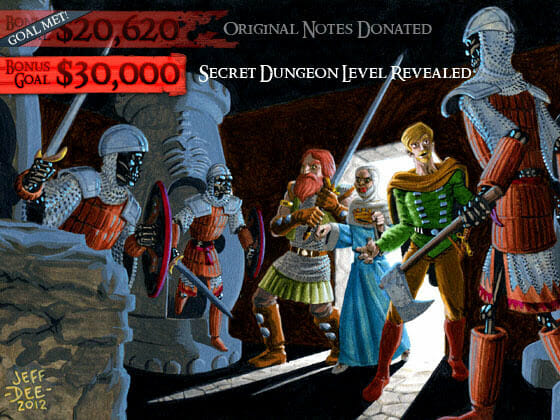 Updates on the project are locked; only backers can see them, but comments are open which show a small degree of unquiet over some delays. However, yesterday, Tenkar’s Tavern took one of those updates, published to the public and there’s some concerns.

What’s happened to James Maliszewski? Why isn’t he communicating with Autarch?

Having the entire project in draft form is definitely an achievement. Although much delayed, the essential goal of the Kickstarter – to realize James’ vision of the mega-dungeon and share it with backers – has been met. However, James’ absence from backer updates, from the weekly conference calls that are the keystone of my administrative guidance, and from email or phone contact warrants concern for the remaining steps.

One reason it makes sense for James to assume responsibility for the updates is that I can’t speak to what’s going on with him personally. Mainly this is due to lack of information, but my desire to respect his privacy is also a factor. The last email I have from him leaves enough questions unanswered that disclosing a personal communication doesn’t seem justified by the limited amount of light it would shed on the situation. Although I do have some hearsay evidence that he is alive and well and not completely out of contact with the world, I can’t explain why he hasn’t written to say what’s up. I am doing all I can to get more information to share with you.

The other reason to give way to James is that he controls both the copyright and the funds required to complete the project. Autarch LLC has a written, signed contract with James, which assigns all funds to him in exchange for his assumption of responsibility for development of the Product and delivery of the rewards. All IP related to the product are the exclusive property of James. Autarch is not the publisher of Dwimmermount and has no distribution rights. In exchange for our services, Autarch and James agreed to cooperate in good faith to promote each other’s brand and business.

In other words, Autarch has none of the funds, none of the IP, and no rights except to mutual publicity. Going ahead and releasing the product (polished or unpolished) without James’ permission would be a violation of his copyright for which he’d be able to sue us as individuals. We can’t get that permission as long as he remains out of contact, and I have no way of knowing how long that will continue.

Some comments on the Tavern post are still hopeful. After all, the e20 Kickstarter is years late and the megadungeon is not near that.

I seriously doubt this is an absconding. Much more likely bad health or family crisis. Don’t jump to conclusions.

We don’t know the schedule. Did Travis and Autarch post this after one, two or three post Christmas missed schedules? Or as this absence been going on longer?

Hopefully this is just a burp on the production line, something that happens to publishers outside of the Kickstarter transparency all the time, and the dungeon will appear soon.

Update: It looks likes James is wrestling with a family crisis. Dwimmermount looks most likely to be delayed rather than dropped. 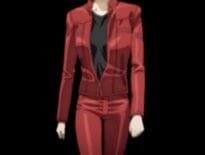 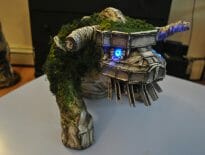