Neonomicon, published by Avatar Press in 2010, was the first ever winner in the “Graphic Novel” category at the Bram Stoker Awards.

The graphic novel has now been banned from one American library after a complaint from a parent. Their 14 year old daughter had managed to use an adult library card to get access to the book from the adult section.

The executive director of the library acknowledges that her library contains many books that deal with similar subject matters; racism, rape, murder, sex but, for her, it was the pictures that gave her pause.

The Censorship Coalitation has criticized the decision.

The graphic novel follows two FBi agents on an ill-fated investigation on a copycat killer and mysterious sex cult. It is a homage to H.P. Lovecraft’s mythos.

In the Guardian, Alan Moore admits the graphic novel is hard hitting. He noted;

The Neonomican is available at Amazon without restriction.

More information about the ruling can be found at Greenville Online.

Neonomicon is one of those series I’ve read and thought “that’s a bit much”.

I’ve not read it but it seems – well, even Alan Moore recognises it’s a bit full on. Would you ban it from the adult section of a library, though?

I’d certainly put it in a section where you needed to provide photographic proof of age to access it. 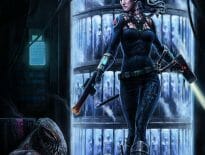 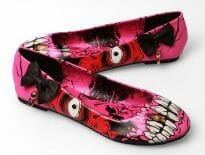