You are here: Home / Movies / Seen the extra clue in the Japanese Star Trek Into Darkness trailer?

The Japanese trailer is only slightly different from the one above. It has Japanese subtitles. It is a little longer.

What matters is the scene that was shown to the Japanese audience but was cut from the Western audience. Why the cut? Could it be because of the suggestive overlap with an infamous Kirk villain from the original movie series? A villain that the internet already suspects, despite protests to the contrary, that Benedict Cumberbatch will play.

It also seems clear that this trailer has hit a home run. This blogger has heard nothing but praise for it. Some fans seem to be frothing. Some people who quite like Star Trek seem to be really excited. I can see why. There seems to be a little bit of everything in this – well, except for space.

Actually, in some odd ways it reminds me of a Final Fantasy trailer.

What do you think? Anything important in the Japanese trailer? Do you like it?

They’re being very clever with the “is he Khan/isn’t he Khan” thing, especially with the extra couple of seconds on the Japanese trailer mirroring Spock’s death in Wrath of Khan.

’tis an awesome trailer though; I’m really looking forward to it!

Seen the extra clue in the Japanese Star Trek Into Darkness trailer? 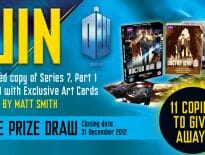 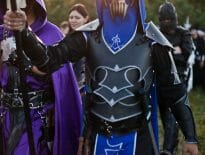