You are here: Home / Books / Murdoch Mysteries: Except the Dying review 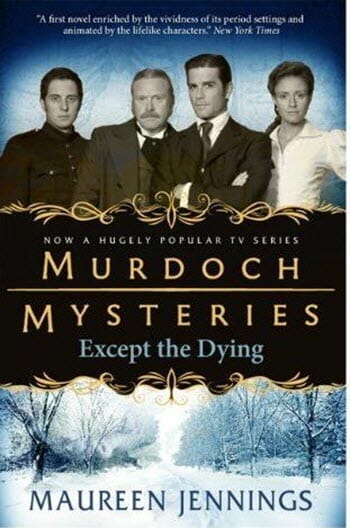 Times are hard, work is hard to come by, its cold outside and there are concerns over immigration. Actually I am not describing Scotland in the present, but rather Toronto 1895, and the setting for a Murdoch Mysteries novel, Except the Dying, by Maureen Jennings, a historical whodunit of around 300 pages.

The front cover informs me that the Murdoch Mysteries are “now a hugely popular TV series”. I’ll be upfront here, I have never seen or indeed heard of the series before, and as such I had no expectations about what I was about to read (and can’t comment on the parallels).

The book takes us to Toronto, in February 1895, and a prologue describing how a body, found frozen to death, is being stripped of its precious clothes. As the book goes on to detail, bringing to a sharp focus the problems of the time, times are hard indeed, at least for some. Our protagonist, Acting Detective William Murdoch, an incredibly honest, hard working, open minded policeman is similarly trying to make the best of things, whilst trying to solve a high profile murder. Although the body count does increase slightly as the book goes on, really the story focuses on portraying and developing the characters and the atmosphere of the time.

Well I’ll be honest; this probably is the kind of book, that judging by the abstract and cover (yes, I know there is something about being careful about doing things like that) that I probably would not have read. I am, however, glad I was asked to review it. Maureen Jennings turns the historical aspects of 1895 Toronto into an interesting backdrop, which both amuses and shocks (speaking on a personal level here) by describing just how life was, both in terms of the daily grind and the prevailing attitudes of the time.

All this of course is just the side story to the murder mystery that Acting Detective William Murdoch is trying, valiantly to solve, whilst not making any politically incorrect decisions, which could hurt his career (remember times are hard). I will of course not go into detail and spoil any of the nicely worked, and well paced plot, it is safe to say that quite quickly, in addition to our protagonist, we are introduced to an upper middle class family, who are of course quite dysfunctional, then there are the staff, and peers.

In my opinion, there are a number of ingredients for a good detective story. There needs to be a well-developed character, with whom I can identify with. Murdoch’s character is certainly developed and I can, in many ways, feel I can relate to him (ok, so tuberculosis isn’t a problem these days). However, he does seem to be a little bit too perfect. There are no character flaws, which would make him more human, and his powers of “intuition” when looking for evidence at a certain point (I can’t so won’t say more here) left me feeling a bit cheated. On the whole though, it is a believable story, and thankfully, attention is played to the various strands of the story and are tidied up for the end.

What I enjoyed most about Except the Dying was the way I was played with. I thought on a few occasions that I had worked out who was responsible, despite been given a few choices, I got it wrong. Yeah, she got me, can’t win them all. However, that I was trying to guess, I think makes its point in itself.

Good thing I enjoyed the book, I see I have been asked to read a second one, “Under the Dragon’s Tail”. Fingers crossed for more of the same.

Murdoch Mysteries: Except the Dying review 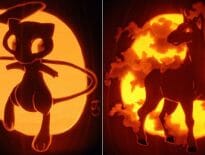 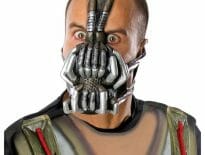