Technology is helping to shape education and this geek thinks it is a good thing. Gadgets are helping in two ways; through application and through culture.

I think it’s important not to forget the cultural impact of technology on education or under estimate it. Late last year, a survey said that 60% of students wouldn’t attend a college without free WiFi. Sounds extreme? I wonder if it is – if you’re using your tablet to take notes, think how much money you’d save if the college connected you to the web.

I use my tablet (a Nexus 7) at work, in meetings, instead of paper often (but not always) these days. There are a number of devices that might tempt people either at work or at school.

Technology moves at a rapid pace and many of the tablets in that infographic are already dated. You can’t even buy the lower tier Nexus 7 anymore and what about those 7 month iPad updates?

In fact, research out just today from SellMyMobile.com shows that site’s iPad trade-ins have shot up 500%. There’s no reason those numbers are isolated. A lot of people are getting new tablets.

It’s not surprising to see Samsung, taking another step up in the market while also recognising the potential educational use for tablets. Their “phone-tablet” the Note must already be one of the leaders in the space. The new Note 10.1 (which is safely in the tablet size) has been put to the test by The Institute of Play.

One of games featured in that video is called Evoquest. In it students pick genes to help their creatures evolve to a changing environment. Such a game would be impossible without the device and with it there’s a powerful and engaging way for students to get to grips with important scientific issues like evolution, biology and even environmental factors. Imaging ramping up the climate change in the game at a pace that makes it impossible for the creatures to adapt – a striking way to explore the issues around conservation.

The idea of taking gamification to the class room isn’t conjecture either. Kate Fanelli, a teacher based in Canton, USA, used the technique with at-risk students to help them with their maths. The result? A 22% improvement in test scores.

Disclaimer: Post sponsored by Samsung, words, opinions and grammatical mistakes are my own. 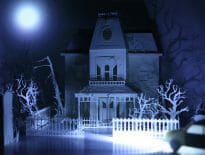 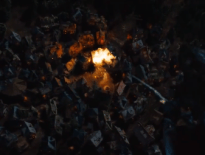