NBCUniversal have signed a license deal with Dynamite Entertainment to bring the classic Battlestar Galactica crew back to life in a new comic book series.

The new Battlestar Galactica will be helmed by the British writing partnership of Dan Abnett and Andy Lanning. The two have worked together before on projects like Nova and The Authority. Abnett is a prolific writer, with many titles to his name, including Guardians of the Galaxy which is set to become a new movie from Marvel in the run up to The Avengers 2.

In a press release from Dynamite, Dan Abnett said;

“I’m really looking forward to working with Dynamite on this Battlestar Galactica project,”

“I’ve been a fan of Battlestar Galactica since I was a kid, and it’s going to be great for Andy and I to get our cosmically-honed teeth into such a long-standing and beloved Science Fiction franchise.”

The 35th anniversary of the 1978 Battlestar Galatica series is here too. Andy Lanning added;

“Growing up in the seventies, I was hooked on sci-fi,”

“As a kid I couldn’t get enough of it and grew up watching TV shows like ‘Lost in Space,’ ‘Doctor Who,’ ‘Space 1999′ and ‘Land of the Giants’ and reading comics in the UK like ‘Action and 2000 A.D.’ as well as all the Marvel and DC titles I could hunt down. Star Wars took things to a new high and in its wake there followed a flood of sci-fi entertainment that I lapped up. The original series of Battlestar Galactica was like catnip to my younger self; more than filling my rabid craving for spaceships, laser weapons, robots and alien invasions! It had cool characters, snappy dialogue, creepy alien cyborgs, awesome space battles with fantastic special effects (it was 1978 cut me some slack) and a totally cute robot dog! So, imagine the thrill and excitement to be given the chance to develop something in the Battlestar Galactica universe: to get to play with characters and concepts that I’ve grown up with, that are such a part of my formative years. With this new series from Dynamite, Dan and I are hoping we can add to the established cannon of continuity with our own take on the classic series. I know my inner 14 year old is squealing with delight at this opportunity. I’m still holding out hope that one day I’ll get my own Daggit too!”

time to read: 2 min
Geek Stuff The zombies and Greggs the Baker 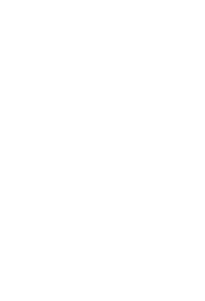