You are here: Home / Books / Magic: An Anthology of the Esoteric and Arcane This is a review of Magic: An Anthology of the Esoteric and Arcane that’s coming out of Solaris towards the end of this month.

The collection has been edited by Solaris’ editor-in-chief, author of Twilight of Kerberos: The Call of Kerberos, Jonathan Oliver. Jonathan Oliver is not to be mistaken with Jon Oliver, the escapologist who studies Harry Houdini, because not only would it be the wrong person; it’s entirely the wrong sort of magic.

Charmingly, Magic: An Anthology of the Esoteric and Arcane was a little creepy at times. It had me worrying for the characters.

A case in point would be “If I Die, Kill My Cat” by Sarah Lotz. What a fantastic premise for a short story and when you quickly discover you’re following a cat adopting member of the crime-scene clean up crew then you know you’re in for a good ride.

There are 15 short stories in this collection and in his introduction Oliver describes them as “unusual fiction”. I agree; “esoteric and arcane” are good words to apply to the book. The unusual and anthologies go well together. It means that if you don’t like any one story then you skip a few pages, or struggle on just for a short while later, and you’re on to the next.

I didn’t have to skip at all with this collection. A quick scan of the authors is enough to reveal while.

Magic kicks off with a story from Audrey Niffenegger, author of The Time Traveller’s Wife, with “The Wrong Fairy” that follows strange encounters of Arthur Conan Doyle’s father after he was moved to the Montrose Royal Lunatic Asylum. That’s a heavy hitting start and a reason to buy the book for many people – Niffenegger short fiction pieces are uncommon.

Another favourite author of mine also writes for the collection; Dan Abnett provides “Party Tricks” with an apparent focus on political parties rather than the more social kind.

Liz Williams was the discovery for me. Cad Coddeu is a story about a changeling that hooked well me enough to hop over to Amazon and investigate other titles she may have written or contributed too. That’s what I want in an anthology. I want to discover something new whether that’s a style of writing or an author.

It’s easy to recommend Magic: An Anthology of the Esoteric and Arcane.

Disclaimer: My copy of the book was provided in advance by the publisher.

Magic: An Anthology of the Esoteric and Arcane 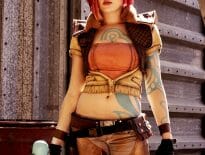 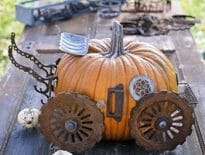