You are here: Home / GameWyrd / Echoes from the Wyrd / RPG Previews: The Stranger | Echoes #4

The boy lay staring wide-eyed into darkness. He could barely move. The ropes that bound him dug painfully into his wrists and the gag at his mouth prevented him from crying out. He could just make out the shape of an old man as he paced back and forth through the shadows. He did not know how he had come to be trapped in a tiny shack in the middle of nowhere; the last hours were a blur. He had been running home from playing in the town-square with his friends…

He writhed as fear rose in his throat. His neck throbbed painfully and his head swam.

“Not long now, my young friend.” The old man muttered gruffly. As if sensing his unrest, he came closer, reaching out a pale finger and placing it upon his lips. He smelled strange, of death and the grave. “We’ll soon put you to rest.”

Then he came closer, his eyes twin embers of lecherous crimson where his pupils should be.

“Stand up.” He commanded. The boy tried to look away, tried to avoid his gaze, but he was drawn back to the old man’s eyes; drawn into their flaming depths. He could not look away. His will drained, he found himself on his feet.

“Stand still.” The old man said. The boy did as he was told. The other turned him around and deftly split his bonds with a claw-like fingernail, freeing his hands. He lifted one of the boy’s arms, running his fingers lightly across his warm flesh.

“So pale, so smooth.” He muttered. The boy screamed inwardly as he felt the freezing chill of contact pass between them. He could not scream; the eyes prevented him from speaking, or even moving.

Instead he watched as the old man sunk his teeth deep into his wrist.

White-hot agony lanced through him, yet the eyes continued to burn in his mind. He knew he should be screaming, crying out and fighting for his life. But he could not. The eyes were his absolute master and they commanded him to be still.

So he stood there, listening to the slurping as the old man drank of his blood.

But suddenly, they were not alone. The boy gazed across the shack to the tiny window.

Standing, limned in the pale moonlight was a figure. Almost invisible in the darkness, the figure stood motionless, watching.

Realising something was amiss, the old man lifted his head and followed his eyes.

There was a moment of absolute silence, and perhaps recognition between the old man and the stranger. Then the old man hissed, and turned quickly back to the boy. “Do not move.” He commanded, his eyes blazing. With that he turned, and with a low growl, moved across the room to the window.

“This is wrong.” He snarled to the stranger. “You should not be here, traitor.”

Faster than the eye could see, the stranger moved forward, flipping through the air in a blur of agility and darkness. He took hold of the old man and cast him across the shack where he crunched loudly against the flimsy wall.

But the fight was not yet over. The boy watched as the stranger and the old man fought, exchanging blows faster than his eyes could follow. The old man attacked with claws and hissing venom, yet the other took hold of his wrists with one hand and withdrew a shining knife from within the folds of his robe with the other. In a single fluid motion, the stranger plunged the gleaming blade into the old man’s chest. Light of every color coruscated around the two figures, filling the room with brilliance.

The old man screamed aloud a high-pitched shriek of defeat and terror, “Noooooooo!”

Then he was gone. Even before the stranger had withdrawn the knife and returned it to his robe, the old man was defeated, turning to dust before his eyes. The stranger did not stop. He turned and walked to the wooden door. There he risked one last look back at the boy, who suddenly understood.

“Dead?” His brother replied emotionlessly. “I am. But I am still here for you. Whenever you need me, I will be there.”

With that he vanished into the night, a blur of shadow against the growing darkness of midnight.

[ This story comes from Bottled Imp Games as they continue to tease us with snippets from their forthcoming Darkness Rising series!] 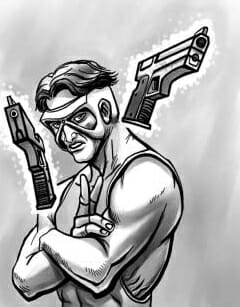 Masters of the mind, psychics are staples in comic book adventures. Often these characters are the glue that holds a team together, despite their weak physical stature

Adventures: Psychics see adventures as a chance to expand their knowledge of the super- natural. A psychic will seek out situations where his potent mental abilities will be of use. A favorite tactic is to use Mindlink to allow their teammates to plan and communicate silently, coordinating their efforts even though great distances might separate them.

Alignment: Psychics may be of any alignment. Good psychics are very careful about using their powers to influence normals, and will never do so for personal gain. Chaotic and neutral psychics have no such compunctions, using their power to advance their position, spreading their influence like a cancer. Evil psychics actually enjoy the use of their powers, seeing their domination of the weak minded as their birthright.

Background: Psychic characters. backgrounds tend to be off the beaten track, and their contacts reflect this. Paranormal investigators, military remote viewers, and UFOlogists are all sources of information and aid to psychics. Many psychics aid police in their attempts to solve crimes, so a psychic.s contacts could also include police detec- tives or private eyes.

Origins: Psychics with the advanced training and scientific experiment origins tend to have govern- ment affiliations, and use their enhanced feats and skill points to become psychic infiltrators or spies. Advanced training allows psychics to use their extra feats and quickly master devastating metap- sionic feats. Alien psychics use their extra power to master a wide range of potent abilities. Artificial life and cybernetic origins provide the relatively weak psychic with a boost in his defenses. The increased number of power points granted by the mutant origin make mutant psychics very com- mon. Mystic encounter psychics tend to be mas- ters of the mystic arts, waging a secret war against things mankind chooses not to believe in.

Other Classes: Psychics, as mentioned above, are excellent team characters. Mindlink is of tremendous value to a team in combat, allowing members silent communication across great dis- tances, which helps prevent a team from being split up, or surprised.

[ This excerpt comes from the new print version of the Vigilance d20 super hero game. ]

"Smoke me a kipper, I'll be back for breakfast!"
Echoes from the Wyrd

time to read: 5 min
Echoes from the Wyrd RPG News: Talisman to be printed again | Echoes #4… 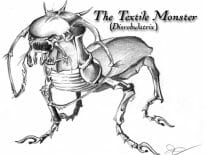