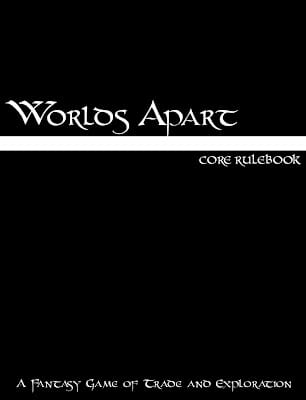 Worlds Apart is a fantasy RPG from Expeditious Retreat Press that uses the Traveller mechanics. It was written by Joseph Browning.

On a business level; this makes some sense. If the game designer is writing for free, as a labour of love, then it’s the art that costs all the money for any PDF based RPG.

There are four other books in the series already; each one costing only a couple of dollars.

Deave – Lyart Subsector – 0602 is another 3 page gazetteer, covering a little more of the Lyart subsector; The Isle of the Dead, Chernivisti and Caerlaen as well as a handful of smaller islands that have fallen to a necromantic apocalypse.

On a similar note, Gryce – Lyart Subsector – 1008 looks at the archipelago region of Gryce, with larger islands, volcanic cones and walls of steam.

Lastly, to help GMs with the process of keeping track of inventories and trading by the players, there is Worlds Apart Suppliers which contains some 36 different trade packages (for different types of islands) that helps determine what’s available for trade.

It’s an interesting approach from Expeditious Retreat Press; one that looks to get the basic rules into your hands as cheaply as possible, a world setting filled with micro-settings and then the availability to sell gazetteers for those settings at an affordable price.

You had me at ‘free edition’…

Worlds Apart RPG launches with 6 books and a free edition 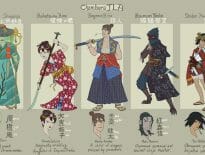