You are here: Home / Books / Tales from Development Hell: The Greatest Movies Never Made? review 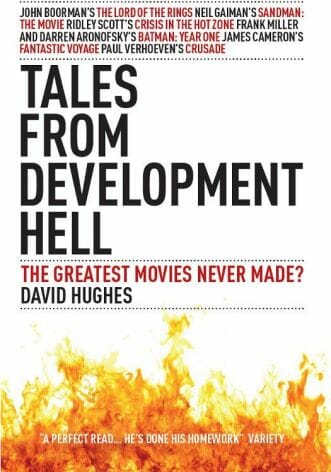 “When Gandalf is vanquished, the text is ‘He fell beyond time and memory’. We puzzled about how you put that on film.”

The Beatles wanted to do a Lord of the Rings movie and John Boorman was the director who was going to wrestle with it. In the end the movie didn’t happen – it was stuck in development hell.

On a similar note, Darren Aronofsky’s Batman movie that starred Client Eastwood never made it out of development hell either.

There are quite a few films that might have had geek cred in David Hughes’ “Tales from Development Hell: The Greatest Movies Never Made?” and that’s why the book is worth a peek by native geeks. In fact, Hughes also put together “The Greatest Sci-Fi Movies Never Made” so he may be one of us.

The book, all 272 pages of it, is tightly packed with fairly small print. There’s a lot in here. I didn’t read it cover to cover and I think that was the right decision. The contents pages at the start map the sections to movies, I skimmed the chapters with their summaries, picked “Perchance to dream” which is about the ill-fated movie of Neil Gaiman’s The Sandman and started there.

Once I had read through the disasters and mishaps that stalked that attempt at cinema magic, I simply popped back to the start and picked another story of woe and good intentions. It was a bit like reading a Fighting Fantasy adventure story except, well, you know the adventure is doomed before you even set off.

David Hughes must have some sort of fly on the wall technology. He either films these movies in their early (and final) struggles to collect so much insight into what happened or he has blackmail material on the people involved that helps “persuade” them to be so forthright, often funny, in what happened.

My favourite feature of the book – and why it is more than an one off of disaster stories – are the quotes. These are quotes I’ll be able to use myself and there’s an index of them in the back.

For example, Sylvester Stallone, Ridley Scott, Joel Silver and Roland Emmerich were all involved with an attempt of a movie called “Isobar” which featured an alien on a train.

Here’s what the second screenwriter, Steven de Souza, had to say on the early drafts.

”It was sort of like Aliens combined with Alien – a shameless rip-off.”

If you feel like reading something, but aren’t in the mood for fiction, then this book is certainly to be considered. I wonder if it’s the geek equivalent of a reality tv program.

Disclosure: My copy was provided for review.

Tales from Development Hell: The Greatest Movies Never Made? review 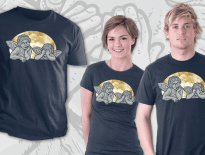 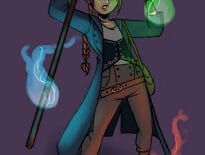