You are here: Home / Books / This Book Is Full of Spiders: Seriously, Dude, Don’t Touch It trailer

At the risk of spoilers, John Dies at the End is one of the most surprising books I read last year. It’s surprising because I was sure it would rate somewhere on the dislike to meh when it actually rated on the meh to awesome side of the scale. Frequently flirting with the awesome.

There’s a film. Somewhere. It’s just struggling to get to us.

Now there’s also a sequel, in book form, called This Book Is Full of Spiders: Seriously, Dude, Don’t Touch It.

That’s an interesting title for the book. Okay, it’s interesting in lots of ways and not just because of the spiders but because John Dies At the End was born on the internet and only made it to book form later. There’s a good chance my copy of This Book Is Full of Spiders: Seriously, Dude, Don’t Touch will be an electronic one. I know that won’t keep me safe from the spiders, though. 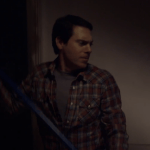 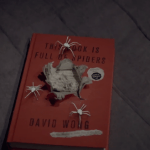 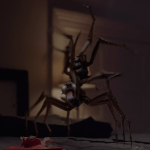 This Book Is Full of Spiders: Seriously, Dude, Don’t Touch It trailer 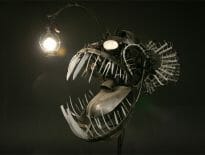 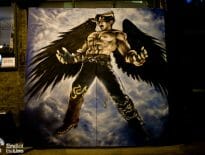 Console We are Tekken mural
💰 Copper Coins 💰 Geek Native is an affiliate and may earn commission on purchases you make from third-party sites.
🍪 Privacy & Cookies 🍪 The site uses cookies to survive. By accessing the site, you agree to use your browser to control cookie use or take 1d4-3 privacy damage (tracking). If you defeat cookies via ad blocking, please consider the Patreon. An intro to cookies, and how to control them, can be found here. I Manage Cookies