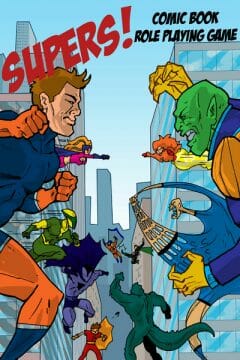 Zenith Comics is best known for their Heroic mini series. Hazard Studio, Zenith’s RPG arm, will be taking on Supers! and already has a product called Supervillains!

Washbourne, who created Supers!, will still be involved with the game. He said;

“I’m pleased to have signed the deal with Andrew (Collas) & Walt (Robillard). These guys have shown the desire and commitment to continue the development and expansion of the SUPERS! line, to build on what I started and establish SUPERS! as one of the major super hero role playing games on the market.”

“I won’t be stepping away from SUPERS! – in fact, I will be taking on a ‘hands on’ position to ensure that the SUPERS! line remains true to my original vision. Zenith Comics wants to keep the current fan base happy and reach out to new gamers who may not yet have realized what a great game they have been missing out on. I’m sure they will succeed in this and I’m happy SUPERS! is in the right hands to move the line to greater heights.”

It’s not that easy to find Beyond Belief Games on RPGNow or DriveThruRPG but their site links through to DM Studios wich has a number of Supers! products. Many of the SUpers! titles are noted as public domain.

“The time had come not only for Zenith Comics to have its own game but to have a game system that exemplifies fast paced comic book action, not one that gets bogged down in number crunching and minutia. Supers! was that perfect system for me. I fell in love with it the moment I countered a power blast with my eye-beams!” 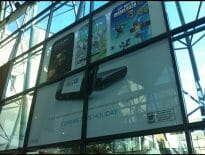 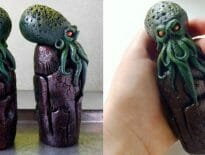