You are here: Home / Geek Stuff / Cool Tech / Review: Is the eKit ITAB7STK a good match for the Nexus 7 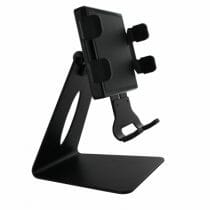 I’m really enjoying my Nexus 7. This is the new and pretty cheap tablet from Google (and Asus). It runs Android and is just 7” in size. This means it’s a put it in your pocket tablet, a read it in bed tablet or have it in front of you on your computer desk.

Not only is it far cheaper than the iPad, it is far more portable but it is not really a comparable device. They have different roles.

Since buying my Nexus 7 my digital comic reading has shot through the roof.

Although the Nexus 7 is light weight and easy to hold I wanted to test it a desktop holder – something to hold it up for me so I could watch movies without holding the tablet or type on my keyboard while using the tablet to keep an eye on Twitter or Google+.

The challenge? The Nexus 7 is too new for any such devices to have been made (at least, back when I was looking) so when I was given the chance to test an eKit 7 inch holder I took it.

This eKit ebook holder wasn’t designed for the Nexus 7. It’s just designed to fit many 7 inch devices. It works by having a simple, claw like, holder around a platform. The claw simply opens and closes, growing and shrinking in size, to fit. “Claw” also feels like an odd word to use, despite the grip, because the rubber coated thumbs really are very gentle. The Nexus 7 rests on the lower two rather than being grasped by them.

The panel can then be tilted backwards or even rotated 90 degrees – which is ideal if you want to watch movies.

There is a tiny amount of assembly. You need to affix a protective sticker coating to the panel when your eKit arrives. The box also comes with a smaller set of screws in case you want to rebuild your holder to attach it to something else. This is not an option I explored.

The eKit is really light but it feels very strong. I had no concerns in trusting it to my Nexus 7 at all. If your question is simply “Does the Nexus 7 fit the eKit?” the answer is “Yes”.

There is one problem.

The top left side “claw” partially obscures the volume switch on the Nexus 7. The eKit was designed for eBook readers and I guess not many of them have external, hardware, volume switches. This isn’t too much of a bother for me because I need only tap either end of the volume switch and the software slider for the volume appears on screen. It may bother some people, though.

I’ve used the eKit as a bedside table stand for the Nexus 7 (a great compliment to the clock and alarm functions). I’ve used it to hold the tablet beside my home PC while I’ve been online – using it to tweet or check email without having to open a second window.

It’s certainly possible to type on the tablet (I have Swiftkey installed) while it’s in the eKit. I prefer to slide it out of position and hold it for that, though. The eKit is designed to let you watch stuff, hands free, and works very well for that.

For the purposes of scale – here’s the eKit ITAB7STK holding the Nexus 7 while a gold dalek reads Jim Zub’s Skullkickers. 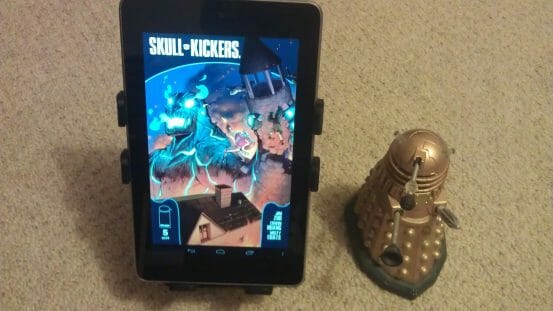 Disclaimer: My eKit was provided by Phones4U for the purposes of this review.

Review: Is the eKit ITAB7STK a good match for the Nexus 7 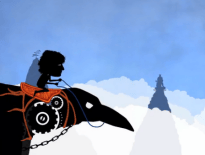 Geek Stuff Neil Gaiman to appear on Bendito Machine
wpDiscuzComment Author Info
Manage Cookie Consent
This site uses cookies 🍪, and links are ads that may earn bloggers some money 💰, and with this alert, I very much hope that these dark truths 🧌 are acknowledged.
Manage options Manage services Manage vendors Read more about these purposes
Preferences
{title} {title} {title}
Loading Comments...