This is a guest post from Ivor Whitten of Wee Gamers. The Geek Native guest post series seeks out established bloggers from the geek community who can bring a fresh perspective to this blog’s news feed. Ivor and Wee Gamers are particularly good at covering tabletop games news.

A new direction that will combine their resources for the benefit of the wargaming hobby. Tabletop Nation will bring together gamers, local stores, manufacturers and developers to deliver the best products, the most exciting games, the most current news and reviews, and a multitude of events, all interacting both on-line and through local gaming stores. Both Beasts of War and Wayland Games are grateful for the loyal support of gamers, stores, manufacturers and suppliers. We wouldn’t be where we are without you but we can’t get where we want to be on our own. With this in mind, Tabletop Nation is seeking out partners who share our vision of an inclusive network of wargamers and those who fuel their passion.

And so the latest announcement (28 June 2012) brings the project a bit closer with more information on a Tabletop Nation Venue and Gaming Centre that is to open it’s doors in early September 2012, with a retail store, and gaming venue for between 70 and 100 players. The venue is located at Eldon Way Industrial Estate, Hockley in Essex, near London.

Tabletop Nation have a social network hub on Facebook. They have also put together a pdf document to help you visualise the concept as well a s putting together a video teaser. 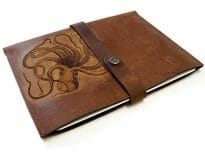