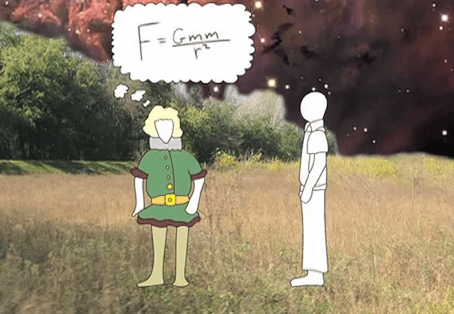 A few roleplaying games lean heavily on the idea that magic is either a special language or mathematical incantations that tap into the heatbeat of the world.

This video from the New Scientist highlights those equations that rule the world with an almost exclusive focus on understanding waves. They don’t mean the waves that break on the shore but all the energy waves that hit us every day.

I can imagine a campaign setting where magic was, in essence, the ability to understand and influence these waves.

What do you think? Crazy idea?

Art Seven fantastically horrible Beholder illustration…
💰 Copper Coins 💰 Geek Native is an affiliate and may earn commission on purchases you make from third-party sites.
🍪 Privacy & Cookies 🍪 The site uses cookies to survive. By accessing the site, you agree to use your browser to control cookie use or take 1d4-3 privacy damage (tracking). If you defeat cookies via ad blocking, please consider the Patreon. An intro to cookies, and how to control them, can be found here. I Manage Cookies