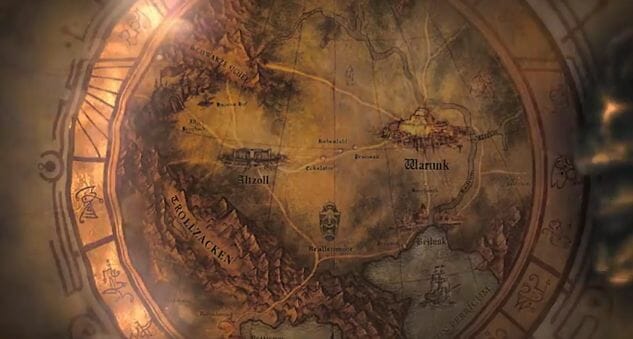 The Dark Eye is a popular German tabletop RPG. It was created by Ulirch Kiesow and published by Schmidt Spiel & Freizeit GmbH and Droemer Knaur Verlag. However, publishing transfered to Fantasy Productions (FanPro) after Schmidt Spiel & Freizeit GmbH suffered bankruptcy in 1997 and after Knaur backed out of the project. The license again transfered in 2007 to Ulisses Spiele.

The basic rules of the 4th edition came out in 2001 and these were the first step to be published in English. There have been computer RPGs based around The Dark Eye and the continent of Aventuria before in the form of “Realms of Arkania”.

In 2008 The Games Company won the rights to produce a computer RPG set in Aventuria. However – and you might be forgiven for thinking The Dark Eye is a bit of a franchise curse – because in 2010 Kalypso Media picked up the rights for the game from what remains of TGC.