You are here: Home / Books / A review of Star Wars: The Essential Guide to Warfare

This Star Wars guide from Jason Fry, with help from Paul R. Urquhart, is a clever book. It’s aimed firmly at the hardcore Star Wars fans and its success is to hit so many interest points at once. By Paul Youll: Anakin Skywalker fights with his padawan Ahsoka Tano in the siege of Christophsis

The book, though, isn’t just a collection of art. It’s a look at warfare from the expansive Star Wars mythos. This means tracking the early military successes of the Hutts all the way through to the Jedi and Sith clashes that shook galaxies. For example, page 42 introduces (or reminds fans) of the Army of Light, who followed Lord Hoth against the Sith and how that led the Jedi Lords and Teepo Paladins becoming rather distant from the reformed Jedi Order.

Equally, the book isn’t just art and war stories. There are helpful factoids that Star Wars gamers are likely to find useful. Page 120, for example, includes a chart of the Imperial Navy Rank along with positons and placks.

On occasion, the guide strays into discoveries that might surprise some fans – and with surprise comes risk. This blogger, a Star Wars fan but not hardcore, was startled by a diary entry from a female Stormtrooper. I hadn’t considered there would have been female Stormtroopers at some point. I guess after the clones began to run out. By the way, she mocks the sexy femarmour trooper pin-ups. 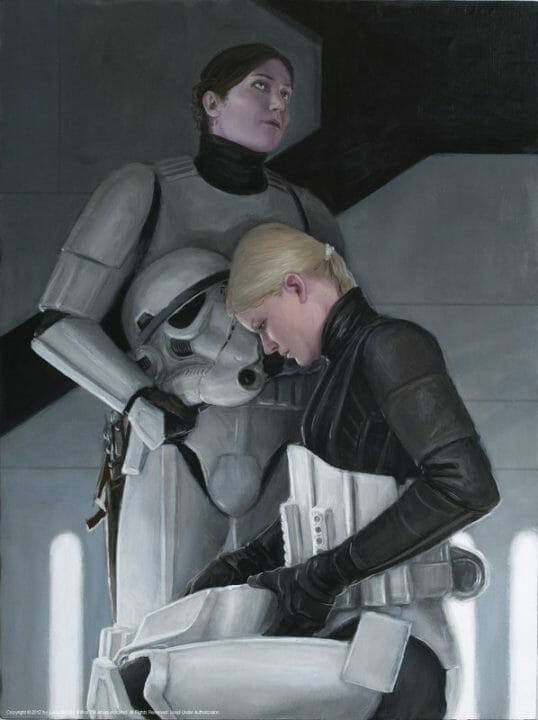 RPGs sometimes struggle mix crunch with flavour and that battle rose to the front of mind, again and again, as this gamer read The Essential Guide to Warfare. In this scenario, if battle write-ups and technical specification counts as crunch and diary entries and quotes count as flavour, then the book does well to get the balance right. I wouldn’t be hugely interested in ploughing through a book that was too heavy on either but this Essential Guide was quite fun to read.

There are sections that might count as either crunch or flavour for Star Wars military specialists. I really enjoyed the chart of Fighter Pilot Slang on page 141. This is exactly what I’d need if I was digging into a Star Wars game. “Peeper” is a TIE fighter used in reconnaissance, a “Clutch” is a squadron of TIE fighters and “Vapebait” is a rubbish pilot.

It’s the atmosphere that Star Wars: The Essential Guide to Warfare manages to conjure that does so well to hold the book together and make it enjoyable to read. You can easily immerse yourself into the Star Wars galaxies with this guide and return with a host of knowledge. 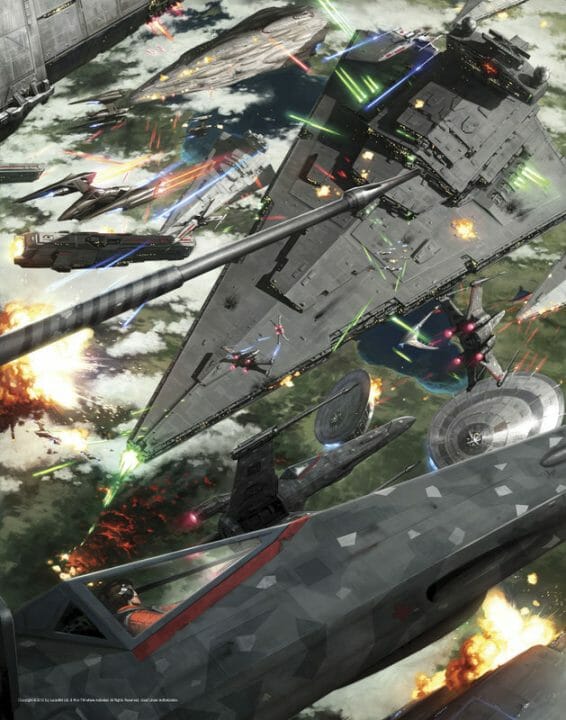 Disclosure: My copy of the book was provided for the purposes of a review. Images via Comic Book Movie.com.

A review of Star Wars: The Essential Guide to Warfare

time to read: 2 min
Music The Harp Twins take on the Game of Thrones
Cool Tech Building a real life mecha
wpDiscuzComment Author Info
Manage Cookie Consent
This site uses cookies 🍪, and links are ads that may earn bloggers some money 💰, and with this alert, I very much hope that these dark truths 🧌 are acknowledged.
Manage options Manage services Manage vendors Read more about these purposes
Preferences
{title} {title} {title}
Loading Comments...