Sam Richards is the creator of the Twitter-based RPG experience Tweet RPG. The game, which has a site at tweetrpg.co.uk is approaching 100 players. So far, in Tweet RPG the players have assassinated the evil leader of an invading army, investigated the theft of a time-machine and piloted a giant robot in a intergalactic battle.

Sam has kindly agreed to share more about Tweet RPG and himself in this Q&A interview for Geek Native readers.

Can you tell us about the mechanics of Tweet RPG? How does it work?

Happy to! Every week day, in the morning and the evening, I post a story update on Twitter. This could be something along the lines of:

“You descend into the crypt, darkness and the smell of decaying flesh surrounding you. There’s a figure standing up ahead in the gloom…”

At the end of the update, there’s a story decision which will determine the direction of the narrative. For example:

“Vote no.3: will you call out to the figure = #trpg3a approach with your sword drawn = #trpg3b or try to sneak closer undetected = #trpg3c?

To submit your vote, send me a tweet containing the hashtag for your choice, with a comment or narration as well if you want. At the end of the voting session, I count the responses and the choice with the most votes takes the story forward. Nice and simple! There are also opportunities for individual players to make story decisions alone, and a combat mechanism for battling against enemies, details of which can be found on the Tweet RPG website – tweetrpg.co.uk

Can anyone rock up and join in the game?

Yes. There are no subscription, no monthly fees, no extra content that you have to pay for to get the full experience – Tweet RPG is for anyone and everyone! You can join in at any point, so don’t worry if you’ve missed the start of the current adventure.

There’s an epic quest going on right now – the Tweet RPG players are fighting against the evil monsters of the Affliction to save the realm of Visgarthia from total annihilation. There are eighty-three heroes who are ready to enter the battle, and each time a hero is defeated, a new one is chosen to continue the adventure. You can join the fun right now – just head over to Twitter and make your choice!

What’s the Tweet RPG commitment? How much do players need to invest – and how much do you invest?

You can be as involved as much or as little as you want to be. If you can only drop in for a vote here and there, that’s not a problem. However, the more engaged you are, the more you get out of the game. I’m sure the players will agree, it’s great fun to create characters, follow and shape their progression through the story, and interact with other RPG fans on the way. Some of the really committed players have even helped to shape the mechanics of the game itself, which is really rewarding for both them and myself.

When it comes to my commitment to Tweet RPG, I do have to invest a fair bit of time and effort to run the project. I spend a couple of hours everyday updating the Twitter feed and the site, and there’s the story summaries and stats to do as well every week. Writing the prologues and epilogues takes a while too. However, I have worked out how to run Tweet RPG without prioritising it above more important responsibilities i.e. work, family, etc. Most of the time it’s just about being realistic and setting boundaries that protect me against getting obsessive. 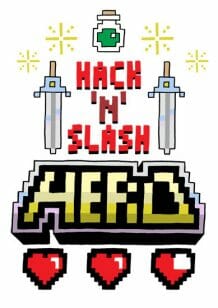 Tell us how Tweet RPG came about… and why are you doing it? What’s payoff for you?

Tweet RPG was formulated through a random combination of heat stroke, insomnia, and my overactive imagination! I was awake in the early hours and pondering how to generate some interest in my writing, and the concept for Tweet RPG popped into my head.

There are a few reasons why I choose to run Tweet RPG. As I said above, I want to do something fun and original to promote myself as a writer. I would love to earn a living through my stories, so that’s an ultimate goal for me. However, it’s the smaller details that are really rewarding; having a motivation to write on a daily basis, getting the opportunity to put my creativity into action, and getting feedback from the players about how much they love playing the adventures.

Why do you think Tweet RPG is gaining players? What’s the attraction?

Because it’s really fun! Without being too big-headed, I think people enjoy the stories I create, and that’s a major part of the success of Tweet RPG. If the quality writing and imagination wasn’t there, I don’t think the concept alone could carry the project. However, I guess the attraction is quite simple – it’s fun to play RPGs, it’s fun to chat about RPGs, and Tweet RPG gives you a platform to do this on one of the most popular social networks online.

I can’t take all the credit for increasing popularity of Tweet RPG, as I’ve built relationships with some great people who are happy to support and promote the project. The ‘Friends of Tweet RPG’ have helped out in all sorts of ways, from linking to the blog to creating artwork and logos. Without these guys, Tweet RPG wouldn’t be where it is today.

Are you a fan of computer RPGs? Are there any you enjoy right now or are looking forward to in the future?

Videogame RPGs are one of my biggest inspirations, the Final Fantasy series being an all time favourite. It’s a bit of a cliché, but FF VII is definitely my favourite game I’ve ever played. I’ll admit it hasn’t aged well, but I have fond memories of the awesome gameplay, fun characters, and engaging story. I have to say however, I’m really disappointed with the direction the Final Fantasy series has taken recently. I was so excited about FF XIII, and so disappointed when I eventually played it. Everything about the game is linear – the combat, the levelling, the environments, and the plot – a soulless and dull experience.

I don’t get much time for videogaming at the moment, but most recently I’ve been playing Dark Souls on PS3 – a really punishing game, but very rewarding when you finally get past a relentless boss! I’ve also been playing RPGs on my iPhone – Infinity Blade, and a turn-based strategy RPG called Hunters. 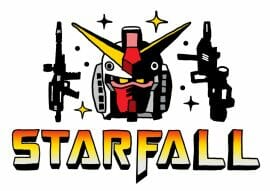 What are your views on the future of the traditional, tabletop, RPG landscape?

I have to be honest at this point and admit that although I find tabletop gaming really interesting, I’ve never actually played a tabletop RPG! Not because I don’t want to, more because it was never something my friends were interested in. I guess my thoughts would be that although there are so many advances in digital technology and the capabilities of the web, you can never replace real human interaction. With that in mind, I don’t think traditional RPG gaming will ever be replaced or made obsolete, but there will probably be a requirement for the medium to evolve and stay relevant.

Are their any writers, publishers or artists from the industry that inspire you? Any favourites?

There are quite a few writers who have inspired my creativity. Steve Jackson and Ian Livingstone, the creators of the Fighting Fantasy gamebooks, are responsible for introducing me to reader-shaped narratives – great fun and no batteries required! Other fiction writers who have inspired me are Philip K Dick, Tolkien, Margaret Atwood, and more recently Patrick Ness, who combines teen fiction, science fiction, and literary fiction with amazing skill in his Chaos Walking series.

Tweet RPG seems to have covered a range of genres. Do you have a favourite? How do you decide on which genre Tweet RPG visits next?

That’s a difficult question! I do enjoy a variety of genres when relaxing and creating, but I guess if I had to pick one it would be science fiction. I fell in love with Star Wars when I was younger, and I’m also sucker for scifi manga/anime like Akira and Ghost in the Shell. I love the way that effective science fiction can take you away to amazing universes, or open a window to the future possibilities of our world.

I made a specific choice to work with a broad mix of genres when creating Tweet RPG adventures, firstly because I want to test myself and my writing ability, and secondly because I want Tweet RPG to engage as many people as possible. When I ask the players which story they’ve enjoyed the most, I always get a different answer, due to everyone’s differing tastes.

Choosing the next genre is not a scientific process – it’s really just down to what I’m currently excited by at that point in time! I always choose something that’s different from the previous adventure, and I also try to throw in different gameplay mechanics that fit the story subject. For example, in neo-noir mystery Time to Die, I introduced a ‘lock-picking’ mini-game. Players had to solve an anagram to successfully open a lock, with the puzzles getting harder as the game progressed. I have a list of story ideas filed away, and I’m always listening out for what the players would like to try.

What are the plans for Tweet RPG in the future? How do you see the game evolving?

I’ve got lots of ideas for would happen in the future for Tweet RPG, but often it’s a case of having to realistically think about what I can actually do with the resources available. In terms of adventures, the second instalment of scifi epic Starfall will be on its way soon – we left the tale with the hero’s defeated robot being consumed by an alien substance and blasting off into space, destroying two heavily-armed cruisers (to recap part one, visit tweetrpg.blogspot.co.uk/p/current-adventure-starfall.html). Before we get onto that however, I’ve got a special treat for the Tweet RPG players – watch this space!

In terms of the evolution of the Tweet RPG project, there’s a few different ideas I’ve got on the back-burner – I’m looking into the possibility of a Tweet RPG phone app, to enhance the playing experience and help players to keep up with the adventures, and I’m also considering transferring the completed adventures to ebooks, for an easy way to revisit previous stories. I’m always open to ideas and suggestions from others – feel free to get in contact.

Follow your fellow players and get to know them – they’re great people and always willing to help out. If you’re finding it difficult to keep up with the story, there’s a few things you can do: search #trpgsu on Twitter to find the latest story updates, create a Tweet RPG column in Tweet Deck or Hootsuite (if you use these tools), or visit the Hack ‘N’ Slash page – If you have any questions about how to play, or just want some more info to inform your choice, send me a tweet and I’ll reply asap. And lastly, have fun!