You can keep up to date with May of the Dead, here. 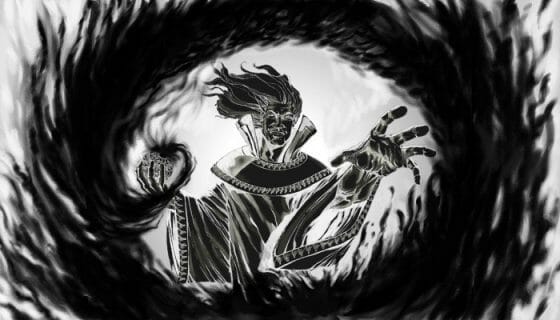 Putting the Bite Back into Your Game

Mortal wizards spend their eternity-challenged lives searching out power without first learning that some arcane arts are beyond them. I intend to teach them a valuable lesson… Haferax.

These spells have been taken from grimoire of the ancient Gloom Lich, Haferax, who succeeded in developing the ancient art of Blood Magic. These spells allow a DM to give their monsters subtle but powerful effects that might make any hero pause for thought before charging into battle. These are just the tip of the iceberg in terms of necromancy that can bolster the power of your monsters to make every fight that little bit more exciting.

Plot Hook: Never look a gift spellbook in the mouth…
Haferax circulated many different version of his spells across the land and his spellbooks were fraught with booby-traps and fake enchantments that would afflict an unwary caster with the Netherblight Curse (see below). A wizard should be exceptionally careful when dealing with any item from the ancient lich, no matter how appealing its mystical contents may at first appear.

This spell surrounds you with a faint bloody aura of swirling mist-like energy. Once cast, the spell deflects a portion of all melee damage back to the attacker. 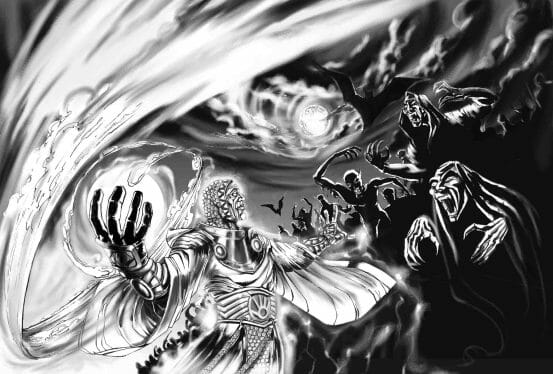 You surround the area about you with a deep sense of foreboding. Powerful entropic effects swirl around you and although the effects of this spell are not directly visible, black shadows flit at the edges of your enemies’ vision and the air is filled with a palpable gloom that saps at the resolve of the living. All those not allied to the caster will suffer the following effects:

This spell also works in conjunction with a Gloom Lich’s Nox Miasma aura.

You create a link between yourself and one or more targets, siphoning off any damage you receive to them.

Damage is siphoned off to a maximum amount of hit points per round, and is always calculated last (after all other resistances and modifiers have been taken into account), or until all the attuned living beings under the influence of this spell are dead.

Creatures slain in this way will rise up as undead under the thrall of the spellcaster within 2d6 rounds (as per the spell, animate dead – making zombies with a 10% chance of making a ghoul instead).

Transferred Hit Points Per Round

Blood Mage armed with this spell often has entire halls filled with imprisoned victims acting as receptacles for their dark magic. The existence of a blood mage is a terrible one and not for the faint of heart.

Material Component: The living essence of a child of no more than four years of age.

From blackest heart I strike at thee!

You may place another spell upon your person so that it comes into effect at the point of your death. The contingency spell and the companion spell are cast at the same time.

The spell to be brought into effect by the black contingency must be one you could normally cast (typically a touch spell or any spell that can be centered on you) and be of a spell level no higher than one-third your caster level (rounded down, maximum 6th level). Only one creature may have one Black Contingency at any time; if a second is cast, the first one (if still active) is dispelled.

“A fireball upon your death is always particularly vindictive…” Arch Necromancer Vantikarr.

The preferred spell for black contingency is the Netherblight Curse (see below), although other necromancers prefer anything from direct damage spells to more complex and difficult to fathom hexes.

Material Component: The components of the companion spell, plus a blood-steeped ruby of at least 50 gp value (which is consumed by the spell). 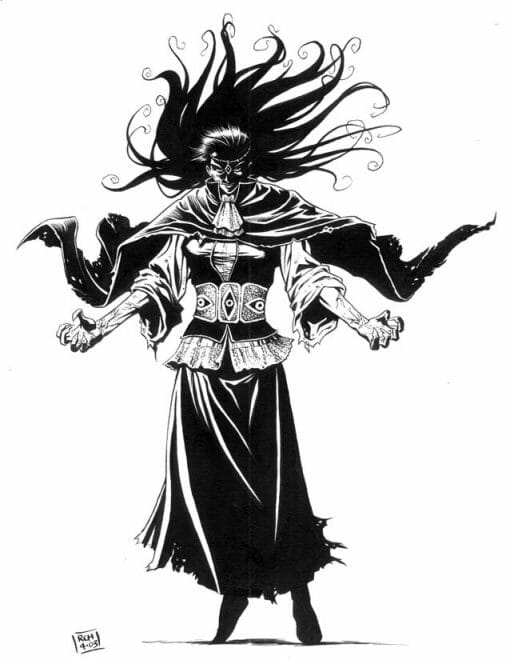 Discovery of Netherblight energy is the greatest achievement of the lich, Haferax. A necromantic radiation found deep within the Negative Energy plane, its oddly swirling darkness is inimical to mortal life and the merest moment of contact can strip a wizard of his life energies in a heartbeat.

The Netherblight Curse contains a flicker of this radiation, which can contaminate a victim and if left unchecked, will transform him into a Gloom Lich under the thrall of the great Haferax himself.

The effects of this curse are slow reaching. The spellcaster suffers no ill effects until they lose their first point of Constitution, at which point their skin grows increasingly pale and the moons on their fingernails grey and will eventually go black.

A person afflicted with the Withering becomes not only physically weak but their skin grows dry, greying, and puckered as they are quite literally touched by death. They slowly have their strength stripped from them, becoming ever sicker, and casting spells (particular positive energy spells) will stricken them with the most horrendous coughing and shaking fits.

A spellcaster may use necromantic spells with impunity while afflicted by the Withering. This is the dark road Haferax desires: the spellcaster to increase their knowledge of the dark arts until their journey to his domain is complete.

Curing the Netherblight: Mundane magic cannot remove this spell (although there may be mystical palliatives that can mitigate some of its effects for a short time). A powerful healer could remove the Netherblight, but attempts to do so quickly discover that removal of the spell energy around the subject’s heart has a price: the spell can be removed but to do so will only transfer the spell energy to the healer. Only a powerful servant of Haferax can lift the curse (and always at a high price). Other cures do exist although they will always require considerable effort on the part of the spellcaster and may involve travelling to far-off worlds or even the farthest reaches of the Positive Energy plane.

A mortal who dies while under the influence of the Netherblight always becomes a lesser Gloom Lich under the thrall of the arch lich, Haferax.

Follow the rest of May of the Dead for more undead goodness.

“The spell to be brought into effect by the black contingency must be… of a spell level no higher than one-third your caster level (rounded down, maximum 6th level)….

“The preferred spell for black contingency is the Netherblight Curse….

Shouldn’t the article follow the text of its own rules?

time to read: 6 min
Music Listen online to the sounds of Mega-City with Drok… 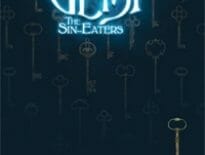