This blogger hasn’t yet got to the end of Mass Effect. No spoilers. No worry.

What is known that many – not all, but many – gamers were not happy with the ending of the game. Others are less than happy that the ‘best’ ending can only be achieved with substantial multiplayer commitment.

BioWare have responded. They’ve confirmed there will be a free DLC called Mass Effect 3: Extended Cut. It’s designed to give gamers a better sense of closure… and its due out in the summer.

I found the words of BioWare’s co-founder Dr. Ray Muzyka interest me. He said;

“We are all incredibly proud of Mass Effect 3 and the work done by Casey Hudson and team.

“Since launch, we have had time to listen to the feedback from our most passionate fans and we are responding.

With the Mass Effect 3: Extended Cut we think we have struck a good balance in delivering the answers players are looking for while maintaining the team’s artistic vision for the end of this story arc in the Mass Effect universe.”

Mass Effect 1, 2 and 3, therefore, are official described as a story arc for the Mass Effect universe. Does that sound like “there may be more” to you? 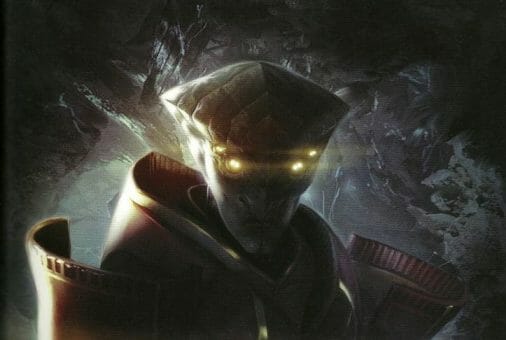 PC Dark Blood promises sexy, adult and free RPG
💰 Copper Coins 💰 Geek Native is an affiliate and may earn commission on purchases you make from third-party sites.
🍪 Privacy & Cookies 🍪 The site uses cookies to survive. By accessing the site, you agree to use your browser to control cookie use or take 1d4-3 privacy damage (tracking). If you defeat cookies via ad blocking, please consider the Patreon. An intro to cookies, and how to control them, can be found here. I Manage Cookies