There’s lots of Mistborn RPG news this week. Mistborn is a fantasy series written by Brandon Sanderson. Crafty Games have the license for the tabletop Misborn Adventure Game where players learn to master allomancy, feruchemy and hemalurgy while they battle aginst Lord Ruler’s Inquisitors.

This week Little Orbit announced that not only would they produce a Mistborn CRPG for 2013 but Brandson Sanderson was writing the plot.

Sanderson has also just been announced as Author Guest of Honour at Gen Con 2012. In addition to signing duties at Crafty Games’ booth, Brandon Sanderson will be taking part in the Get Literal: Writer’s Symposium (ICC rooms 244 and 245).

It’s good to see an author getting so close and involved with the RPG franchise. 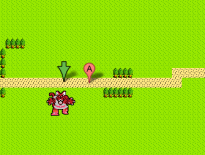